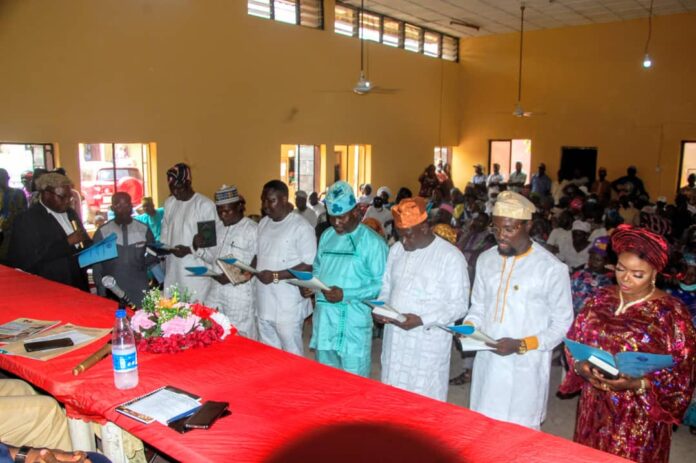 Immediately after the swearing-in of the Councillors, the proclamation of the new Legislative Council was held inside the legislative chamber, with the Council’s Clerk, Mr. Ajayi Babajide in charge of proceedings.