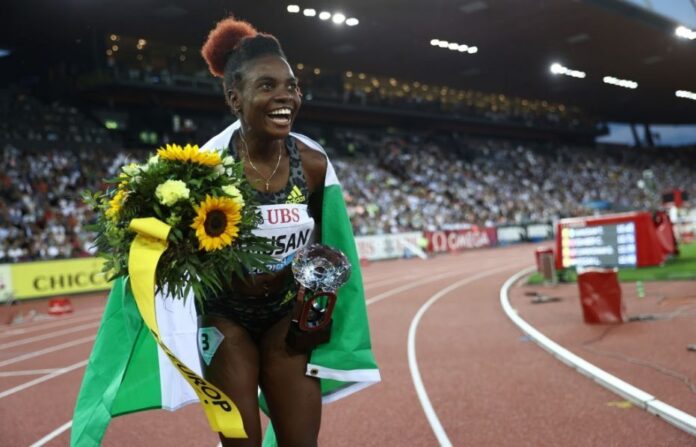 She is the first Nigerian to win a Diamond League trophy.

She defeated Dutch athlete Visser Nadine who ran a National Record and PB of 12.51secs to emerge second.

On Sunday, Amusan had continued her fine post-Olympics form by winning the women’s 100m hurdles at the Kamila Skolimowska meet in Chorzów, Poland.

The 2018 Commonwealth Games gold medallist powered to victory at the Stadion Œl¹ski in 12.64s (0.1), well ahead of Olympic Bronze medallist Megan Tapper who ran 12.75s and USA’s Christina Clemons, third in 12.92s.

Amusan, who narrowly missed out on a podium finish at the Olympics after placing fourth behind Puerto Rico’s Jasmine Camacho-Quinn, the USA’s Kendra Harrison and Tapper has been involved in four races after.

She won the Citius Meeting in 12.80secs in Bern, Switzerland on August 21 and placed fourth at the Paris Diamond League seven days later.