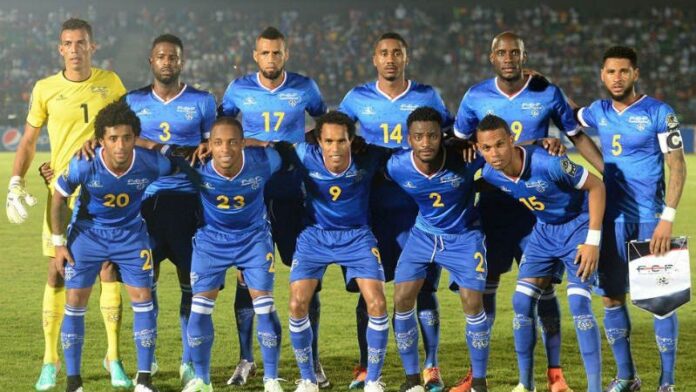 Football enthusiasts have expressed confidence in the ability of the Super Eagles to qualify for the Qatar 2022 World Cup, after beating the Blue Sharks of Cape Verde 2-1 away.

Reports state that a 75th minute own goal by Cape Verde, earned Nigeria a 2-1 win in their qualifying clash in Mindelo, on Tuesday.

The precious away win took the Super Eagles to a firm position at the top of Group C, of the African race of the FIFA World Cup Qatar 2022.

It was also reported that the result stabilised the Eagles’ leadership of the group as they await a home-and-away fixture against Central African Republic next month.

A cross section of football enthusiasts who spoke to NAN in separate interviews, noted that the win showed the strength and depth of the squad in spite of the absence of some key players.

They expressed confidence in the team, adding that nothing could stop the Super Eagles from qualifying for the upcoming World Cup.

Gbenga Elegbeleye, former Director-General of the defunct National Sports Commission (NSC), said the victory was a clear statement of intent to qualify for the tournament.

“An away victory is not always easy, and Cape Verde are not pushovers in football, they have a very strong team as all the footballers are Europe based professionals.

“The three points is a clear signal that the super eagles are unstoppable in their quest to qualify for the World Cup,” Elegbeleye said.

Tajudeen Akinyemi, Chairman of the Ondo State Football (ODSFA), said the Eagles proved to Africa, and indeed the world, that they were a team to reckon with.

“A resounding and rewarding victory. Splendid it was.

“It has shown that Super Eagles can produce three consecutive teams at least, for any competition in Africa.

“It is encouraging indeed. When the first team players were not among the players to play against the Blue Sharks of Cape Verde, many Nigerians, including me, did not have confidence in their capabilities.

“Super Eagles is a team to reckon with a lot of talents and experience,” Akinyemi said.

The former President of Nigeria Professional Football League side, Sunshine Stars Football Club of Akure, expressed confidence in the ability of the team to qualify.

“The Qatar 2022 will be easier for Nigeria to qualify. However, we should not underrate any team, as football in Africa is unpredictable.

“Let us cross our fingers for Eagles against Central Africa back to back in October. Eagles are going to be victorious,” he said.

Godwin Bamigboye, former Chairman of FCT Football Coaches Association, said that the Eagles were resilient and showed mental strength to pull off the victory in spite of the odds.

“The Super Eagles were able to go ahead to beat their opponents at their own backyard, and top their group in spite of playing without majority of the regulars, still proved their mettle.

“It is quite commendable that they were able to compose themselves and played well, even while they were down by a goal early in the game,” Bamigboye said.

The former Chairman, Technical Committee, FCT Football Association, noted that the team assembled by Coach Gernot Rohr for the match was equally as good as the first team that executed the Liberia game.

“This has gone ahead to justify the inclusion of the new players in the Super Eagles. They are still relatively young and have the opportunity to grow up and become the strong Eagles that they are.

“Remember that the Cape Verde teams are not pushovers. They also have quite a young squad.

“They however, were up against a more experienced Super Eagles team, which has proved its leadership in African football to a reasonable extent.

“So, by every standard, the Super Eagles were seen as “superior” to the Blue Sharks.

“However, football does not always play out that way. You can underrate a team and they go ahead and surprise you.

“It was very important that we went into the game with a clear intent and focus,” Bamigboye said.

The Chairman, FCT Football Association, Mouktar Mohammed, said: “It is great news and a massive away win for the Super Eagles.

“It has put the team in a good position and added confidence.

“The road to any qualification is rough and tough, so you need the results to come in good for you… Be it luck… Be it shine… Even if the play is not so attractive…

“We must also be vigilant and not relax. We are growing the pool of talents that can represent Nigeria,” he said.

“The team and the handlers should remain focused. Subsequent wins will give us the desired qualification,” David said.