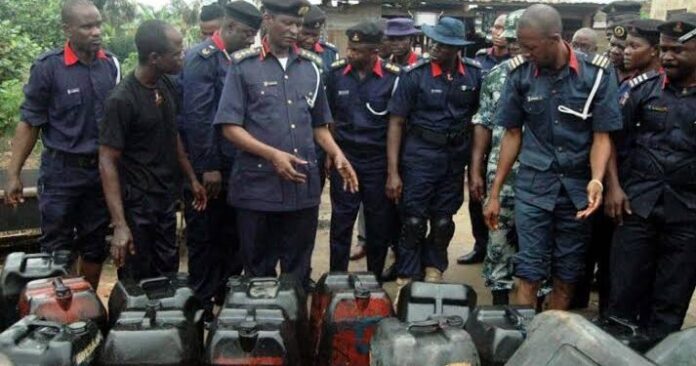 The Nigeria Security and Civil Defense Corps NSCDC has warned the general public against purchasing cooking gas and kerosene from unregistered vendors.

Spokesman of the NSCDC Jigawa State command CSC. Adamu Shehu gave the warning in a press statement issued to newsmen.

The NSCDC advised the general public to be extra careful and take protective measures to avert fire, especially during the harmattan period.
Adamu warned residents to always purchase Kerosene and cooking gas from registered vendors to avoid buying adulterated products which subsequently result in fire incidents.
He said this is coming over the increasing reports of fire incidents the command records on daily basis.

According to the statement “With the coming of Harmattan Season and the cases of fire mishaps recorded in some areas in the State which consumed property and valuables worth millions of Naira, it became imperative to provide a guide and caution the general public on how to handle fire during the Harmattan and festive period that is around the corner to avert further reoccurrence”

“Residents should also switch off all electrical appliances after use both at home and in the offices to avoid power surges”
“Also do not leave water heating equipment unattended such as ring boilers, kettles also use kerosene stoves, cooking gas, and firewood with extra care”
“After the use of firewood, make sure that the fire is completely extinguished. Not properly suppressed firewoods are the major cause of fire outbreaks in most homes, especially villages”

“With the festive period around the corner, motorists and residents are also advised to desist from stockpiling the commodity in fear of scarcity”
He urged parents to warn wards against such acts as both are capable of igniting a fire and causing panic.