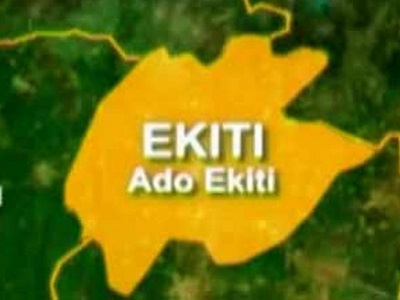 It was reported that the scholarship was presented to the beneficiaries at the office of the Special Adviser to Gov Biodun Oyebanji on Education, Science and Technology, Mrs Kofoworola Aderiye in Ado-Ekiti, on Friday.

Prince Segun Famuagun, the group’s representative, in his remarks at the presentation, said the sense of responsibility to give back to the society informed the gesture.

Famuagun said the gesture was also to support Ekiti education sector reform in order to encourage students to do more in their studies.

He said that the group’s annual scholarship , which started in 2020, was to assist secondary school students that are of Ekiti origin in their studies and  support the state government to promote academic excellence.

Famuagun gave the assurance that the scholarship would be sustained.

Aderiye, who was represented by the Executive Secretary, Ekiti State Scholarship Board, Mrs Bosede Jegede, restated the commitment of the state government at sustaining the reputation of the state as centre of academic excellence.

The Special Adviser appreciated the group for the support for indigent students in the state.

He said that the sum of N35,000 naira was given to each of the twelve beneficiaries selected from twelve local government areas of the state as scholarship, based on merit.

He called on well- meaning individuals and groups to support the efforts of government at making education attractive to everyone in Ekiti.

Aderiye also charged the beneficiaries to make the best use of the support given by the group.

Speaking on behalf of the benefiting students, Master Ajimo Hammed of   Government College, Usi Ekiti, thanked the sponsors and the state government for encouraging hardwork and excellence through the scholarship.

He promised that they would not relent in performing better in their studies and make Ekiti proud.

Mrs Afe Bolanle ,on behalf of the parents of the beneficiaties , thanked the state  government and urged the sponsors to extend the scholarship beyond twelve local government areas at its next edition to accommodate more beneficiaries.