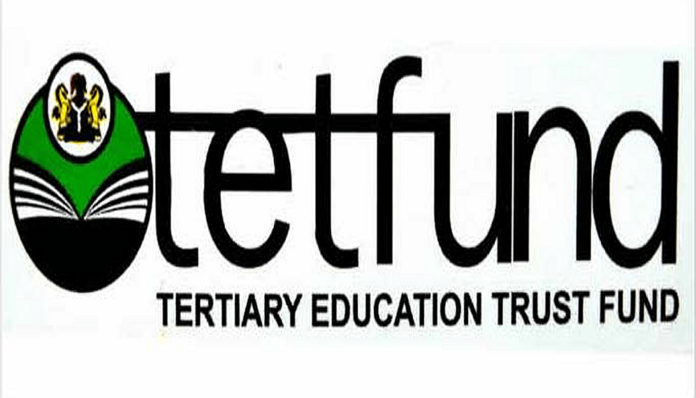 The Centre for Social Justice, Equity and Transparency (CESJET) has commended the Tertiary Education Trust Fund, TETFUND, for the transparency and accountability in carrying out its mandate in the education sector.

CESJECT made the commendation on Wednesday in Abuja at an extensive report meeting to appraise the agency’s strategic interventions in the education sector in the past 10 years.

According to Mr Ndubisi Nwogu, Programmes Director, CESJET accountability and transparency has been infused in TETFUND under the leadership of its Executive Secretary, Mr. Sonny Echono, while ensuring project execution, capacity building, staff training and improved welfare among others.

” With these initiations and signing into law of 76 new people-oriented bills to ease the effects of the depression, the administration can confirm that it is a worthy achievement by TETFUND.”

“The mandate of mobilizing, planning and channeling education task funds for interventions, projects in the nation’s tertiary institutions, TETFUND has made far reaching progress in developing the tertiary education sector of the country.

He said the initiative was made, focusing on capacity building, staff development and effective service delivery.

“Having prioritised that, higher institutions in the country are now benefiting specific programmes and boosting the human capacity development components through TETFUND.

The center also noted that TETFUND, under the executive secretary, sponsored research on the newly-designed Smart Climate Information Services for Early Warning on Climate Change for farmers with about 1500 farmers from 70 villages across six states receiving training on the innovation.

“TETFUND agency further saw to the National Library Headquarters Complex, Abuja receive boost with the approval of N16 billion by TETFUND under Mr Echono as first tranche for the completion of the project.

“CESJET, therefore, passed a vote of confidence on Echono’s leadership.

“We have found him worthy and respectable, given that he has upheld a stand in honesty and modesty to the people and the citizens, as well as the government, using the position of authority not for his self-aggrandisement, but for dutiful accomplishment.

“He is astute to follow through the implementation and use of the right approach to see every task accomplished as he’s been doing towards every successful notable accomplished task.

“As an accomplished technocrat, Mr Echono has brought to the job, a diverse wealth of experience, spanning infrastructure, business administration, procurement management, ICT and the education sectors.

“Mr Sonny has further helped the agency to focus more on Its critical areas of intervention which includes sponsorship of lecturers for postgraduate studies,

Newsmen reports that the centre calls for improved funding for the agency while also lamenting on some government policies curtailing the scope of operation of the agency.