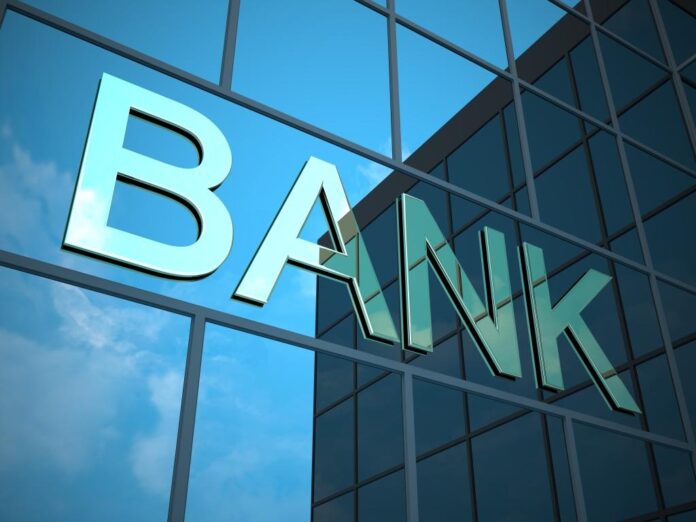 Increasing litigations are likely to increase as banks have commenced the publication of names, account number and Bank Verification Number (BVN) of customers for defaulting in foreign exchange (FX) transactions.

The Central Bank of Nigeria (CBN) last month directed banks to publish on their websites the names, account number and BVN of customers who engaged in fraudulent and unscrupulous practices to obtain FX from banks.

“If it is within the ambit of the law to so do, they are at liberty, provided they have given the public sufficient notice. Anybody who feels that it infringes on their personal rights as to whether they should not be amenable to the law, they can seek legal redress.

“But I think that issues of physical policies and what have you, they usually give notices and sufficient time to bring before the public.”

While reacting to question on the legal effect of the Banks action by affected customers, he said, “There cannot be increase in court cases as such because, firstly, there is apathy to seeking redress in court. Most of Nigerians are not too quick to resort to seek redress in court.

“Even if one or few of them do, in the face of the customers that are affected, it will not resort into much. However, seeking redress in court is still far better than resorting into self help which does not come in at this point.”

A lawyer who does not want his name in print warned of increasing legal cases as regards banks publishing FX defaulters.

He noted that some prominent customers whose names are published by banks might fault the publications, and decide to sue the bank.

According to him, “Despite CBN’s directive to banks to publish names of FX defaulters, customers have a  right to sue banks for disclosing their details online. When that gets to court, it is the bank’s right to establish if the customer actually defaulted.”

He explained that, “If a bank wrongly publishes customers name, there is a risk of liability. Banks must be very sure of their facts before publishing any name.

“You could remember in the past when banks published names of loan defaulters that created unrest in the banking sector. Banks need to exercise caution and investigate properly before publishing any name.”

He said the policy is part of confusion created in the FX market, stating that “I do not see that solving the problem.”

An economist and senior Lecturer, Lagos Business School, Dr Adi Bongo, said “CBN is the apex regulating body of the bank. So, if CBN directs banks to publish names of FX defaulters, it is their responsibility to oblige.

“I’m not expecting legal cases arising and moreover, the CBN gave directive on disbursement of FX and align a plenty.”

“In as much as the CBN being a government agency regulating financial activities and banks operations, it shouldn’t create policies that make banks look less commercial. The policy will defeat the purpose of bank as a business organization and make it lose customers.

“Once a customer deposits money in a bank, it still belongs to the customer except it is proven otherwise that such money was acquired illegally, which is another different issue entirely.

“It is embarrassing that a customer will make money, deposit it in a bank and still be embarrassed when he chooses to hold the value of his money in another currency, especially Dollar.

“The customer that worked hard for his money shouldn’t be the one to pay the price for economic challenges facing his country.

“The CBN might choose to place limits on use of foreign currencies for a healthy naira or economy but customers shouldn’t suffer on their own money.

“The new idea of publishing FX defaulters names and details might further increase the use of alternative means of FX as customers wouldn’t want to be embarrassed on their own money.

“Two customer’s names published on UBA website were published for not returning the PTA. The question is who owns the money- is it the Bank, Government or the Customer?

“The idea of a Bank is to keep or hold a person’s money till time of use, wheras the government’s duty through the CBN is to prevent banks from exploiting citizens. Today the reverse is the case.”

United Bank of Africa (UBA) had published the names of some individuals who applied for Personal Travel Allowance (PTA) and bought cheap dollars at the bank but did not use it for the purpose they applied for.

The account numbers and BVN of the defaulters were included in the publication.

According to the bank, the beneficiaries committed the offence after applying with fake tickets or visas.

The lender disclosed this in a publication on its website titled ‘CBN FX defaulters’ on Friday.

It stated that, “In compliance with the directive of Central Bank of Nigeria mandating banks to publish the names of defaulters of the FX regulation.

“Based on regulatory directives, the following customers cancelled their trip and failed to return the PTA availed to them despite several mails, text messages and follow up phone calls.”

The bank added that, “The customer(s) below presented fake visa to apply for PTA.”

Banks had earlier sent messages to their customers to notify them that travellers who bought foreign exchange from banks for travel purposes but failed to embark on the trip two weeks after their scheduled travel date must return the forex to the banks.

“Defaulting customers who presented fraudulent travel credentials or cancelled their tickets and failed to refund the purchased PTA and BTA within two weeks, as stated in the signed customer declaration form, would have their identities and bank verification numbers published,” the banks had said.

In a circular issued recently, the CBN outlined the fraudulent practices to include the use of fake visas and cancellation of air tickets after purchase of Personal Travel Allowance and Business Travel Allowance.

The bank said the new directive was given to curb the unwholesome conduct of some unscrupulous customers who are trying to circumvent its new forex policy.

The circular which was addressed to all banks was titled, “Publication of names of Defaulters of a CBN policy on sale of Forex for PTA/BTA” and signed by the bank’s Director, Banking Supervision Department, Haruna Mustafa.

The circular read in full, “The CBN has received and noted with concern reports of sharp practices by some unscrupulous customers to circumvent the new CBN policy on the sale of forex for overseas personal and business travel.

“Some of these unwholesome practices include the use of fake visas and cancellation of air tickets after purchase of PTA/BTA. This trend, if not curbed, portends risk to the integrity and stability of the forex market.

“Consequently, further to the various measures already put in place, all banks are hereby directed to publish on their websites the names and BVN of defaulting customers who present fake travel documents or cancel their tickets and fail to return the purchased PTA/BTA within two (weeks) as stipulated in the customer declaration form signed by them.”

On his part, Barrister Sile Obasa Esq. said, “The directive of the CBN has put the bank in a very precarious position. This is because, now they are are caught between a rock and a hard place. The rock being the regulatory body which is the CBN and hard place being the bank and the customers’ confidentiality, and all duties they have towards their customers.

“Banks have to choose the lesser evil — either CBN or customers who feel their private information has been bridged. The Banks feel that CBN is a bigger danger to them.

“The CBN foreign Exchange policy of the CBN is a policy, but not a crime. What they are trying to prevent is people circumventing the policy. How they want to do that — for instance, a person that is travelling abroad and cancels his ticket or refuses to go, and also refuses to return the money. There is already a laid down procedure that you are supposed to return the money if you don’t use it. Why does the bank not follow the procedure? That if somebody does not refund the money, they now say they will publish their information.

“The challenge that banks face is that they are caught between a rock and hard place as earlier mentioned.  Which one of these two interests will they rather protect? The reason they will not choose the customers is because the customers lack the wherewithal to fight the banks. So they know they  they will get away with it.”

While responding to question on whether the bank’s decision would lead to increased court cases, he said, “It will not likely be because the cost of righting a wrong in Nigeria  too high and is prohibited. This is what has emboldened many liability and big institutions to keep breaking the law and trampling on human and personal right because they know many people don’t have the financial resources and the real power to pursue the case.”