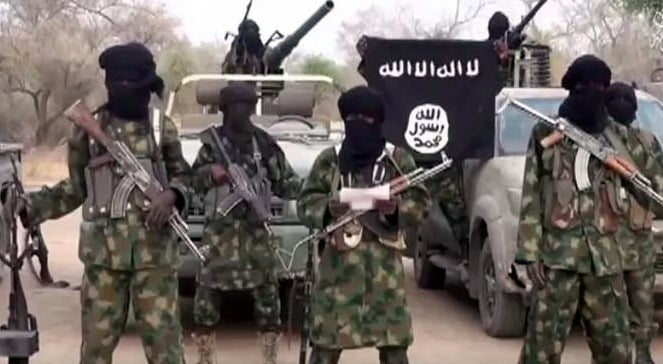 …As report of names under prosecution leaks

As Nigerians continue to raise alarm over the sponsorship of terrorism in the Country, Civil Societies and Human Right Activists have condemned the Federal Government’s decision not to mention names of those financing Boko Haram terrorists in Nigeria.

This is just as a list of not less than 45 suspects arrested by the Federal Government for allegedly funding Boko Haram insurgency in the Country has surfaced online and Nigerian NewsDirect has authenticated the source of the names.

The Attorney-General of the Federation and Minister of Justice, Abubakar Malami (SAN), who is in the United States as part of Buhari’s entourage to the United Nations General Assembly on Wednesday, had said the Federal Government would not name and shame the suspected financiers of terrorism before they are tried and convicted.

According to the Activist in an exclusive interview with Nigerian NewsDirect, “it would be irreconcilable if the same Government which never waited for court verdict before proscribing the Independent People of Biafra (IPOB) a terrorist organisation and storming the embattled Chief Sunday Igboho’s residence, would be reluctant to declare the names of sponsors of Boko-haram in the Country.

“The government should not give the impression that it is shielding people who are responsible for violence and bloodshed in the land.

“Since their names and identities have been named by other countries, it’s not good for our government to give the impression that these people are above the law.

Adegboruwa therefore urged “the Federal Government to ensure the people who are bankrolling the insurgents are arrested, prosecuted and declared openly to the people of Nigeria.”

Also speaking with Nigerian NewsDirect, the former Second Vice President of the Nigerian Bar Association (NBA), Ubani Onyekachi expressed grievance that the Federal Government is not serious about fighting terrorism and insecurity in the country.

According to him, “What it presupposes is that the government is not serious about fighting banditry, terrorism and insecurity.

“Because if you say you don’t have list of those sponsoring banditry and other nations like United Arab Emirates offer to give you the names of those people you did not have and you are not responding to that request, what you are telling Nigerians is that you are not interested in naming them.

“It presupposes that there is something missing in the whole fight against terrorism and insecurity which Nigerians are complaining about.

“The sincerity of the Federal Government in the fight against terrorism is questionable. For instance, if it were to be in the Eastern part of the Country, the Presidency will be ready to tell us who and who are sponsoring them.

“So, why is the presidency not interested in naming those people of whom available fact and record shows that they are the ones financing terrorism?

“Because the announcement of prosecution is between four or five months, the fact is, they want everyone to believe that there is no fight against insecurity.

“That is what it means, and it is very unfortunate because the northern region carries the greatest number of victims, and the impression people across globe have about Nigeria is that the country is not a safe place. So the government has to wake up in all honesty and sincerity if they really want to nip this insecurity problem  in the bud, by taking proactive steps.”

In his words, “Naming and shaming cannot be a government policy but can be a subtle pressure point to be incorporated as part of a CFT effort especially when they need public support.

“What Nigeria needs is a robust National Policy on CFT that will harmonize current efforts and include new measures. This requires legislation and an enhanced monitoring and evaluation procedure as part of an implementation strategy.

“To achieve this, there is a need to evaluate the current situation and block some existing loopholes that are being exploited by the financiers of Terrorism.

“The ability of the CBN and NFIU to implement fully the cashless policy; The banking system with weak governance structures that don’t prevent fraud and illicit funding of criminal activities including money laundering and terrorism.

“One big vulnerability is the presence of contract workers who could be exploited because of their poor salaries and working conditions; and absence of regulatory oversight over the proceeds of illegal business ventures including artesenal and in some instances large scale  mining of gold and petroleum. The monies from this can be used to fund terrorism,” he said.

The Peoples Democratic Party (PDP)  on Wednesday had asserted that the refusal by the Buhari-led administration to expose the names of sponsors of terrorism in Nigeria, vindicates its position that the All Progressives Congress (APC) government has been providing official cover for terrorists and bandits pillaging the nation.

The PDP position is predicated on the declaration of the Buhari Presidency that it is not interested in making public, the names of six Nigerians reportedly sent to the Federal Government by the United Arab Emirates (UAE) as sponsors of terrorism in our country.

Meanwhile, Malami on Thursday said  in New York that the federal government had also succeeded in identifying and detaining “high profile individuals” responsible for funding terrorists’ activities in the country.”

The AGF had announced in May that the Nigerian government was about to begin the prosecution of about 400 suspected Boko Haram financiers and was profiling some high-profile Nigerians strongly suspected to be financing terrorism for prosecution.

The delay in their prosecution and unveiling the suspects have been criticised in certain quarters, but Mr Malami assured that the federal government is determined to take stringent measures to counter insurgency in the country.

“We have succeeded in identifying those that are responsible for funding terrorists,” the minister said.

“We have also blocked the leakages associated with funding and then embarking on aggressive investigation that is indeed impacting positively in term of the fight against terrorism.

“But then, the truth of the matter is that investigation is ongoing, is advancing and for the purpose of investigation, I wouldn’t like to be pre-emptive in terms of making disclosures that would have the effect of undermining the successes we are recording as far as investigation is concerned.

“But one thing I can tell you for sure is that whatever we do in terms of detention and in terms of arrest is indeed backed by judicial process.

“We have indeed obtained a legitimate court order taking into consideration what we have presented before the court; the court eventually exercised its discretion in terms of granting orders that we can have them in custody.

The chief law officer of Nigeria, however, said the issue of terrorism financing is a work in progress and he would not like to be pre-emptive in terms of investigation.

“But one thing I can say for sure is, arising from such arrests, the terrorist funding and financing has indeed been crippled substantially and that eventually translated to some major improvements being recorded as far as crippling the strength of terrorists is concerned within the nation.

“You can see visibly that we are indeed witnessing tremendous successes associated with the Boko Haram, which translate to significant decimation of the Boko Haram terrorists.

“They (Boko Haram) have been decimated to a large extent and you can see what is unfolding as far as the North West banditry activities are concerned.

“They (bandits) have, as well, been decimated to a larger degree. All these are indeed the effects of what we have done,” he said.