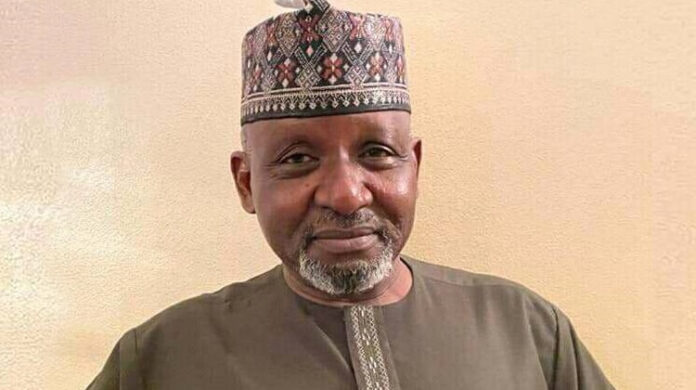 Federal Government has said that the nation’s infrastructure development requires an estimated $35 billion annually over the next five years to sustain a robust economic growth and $3 trillion over 30 years.

The  Minister of Transportation, Mu’Azu Jaji Sambo who stated this last week in a paper titled, “Financing Nigeria’s Transport Infrastructure,”  at the  Nigerian Economic Partnership Forum, in New York, United States of America.

Nigeria’s core infrastructure stock was estimated at 20 to 25 percent  of Gross Domestic Product (GDP), according to the National Integrated Infrastructure Master Plan (NIIMP), which makes it necessary for private sector participation.

He called on foreign investors to take advantage of opportunities available for investment in the various sub-sectors of the nation’s transport industry, assuring prospective investors of rewarding Return on Investment (ROI) as well as a secure environment.

His words: “I would like to invite our friends and partners to come on board and take advantage of the ample opportunities with a promising return on investment and a guaranteed and secure environment for investors.”

Sambo said Nigeria’s transport sector comprising the railway, seaports and dry ports, inland waterways and other sub areas have opportunities for further investment as the nation seek more development of its infrastructures.

He added that the assurances stemmed from the fact that infrastructure development plays critical role in reviving the economy, transforming it and placing it on a higher, more sustainable and inclusive growth trajectory.

He said, “I commend the organisers and participants alike. I am optimistic that this meeting will galvanise the much-needed traction and renewed collaboration to strengthen existing partnerships and foster new ones for the benefit of catalysing infrastructural development for Nigeria, Africa, and the world at large.”

Speaking on the huge financing demands for such capital-intensive infrastructure development as it is with the sector, the minister said the option would be to turn to models that give opportunities for workable partnerships.

His words: “Infrastructure is vital for the long-term growth and competitiveness of countries worldwide. It is however capital intensive as various national governments are facing constraints in developing and funding infrastructure projects.

Conversely, Sambo gave some key areas of the sector needing investment, including, ompletion of rehabilitation of all narrow-gauge rail lines and the construction of standard gauge rail lines for the carriage of goods and passengers in line with the 25-year Railway Master Plan.

“Effective and sustainable channel management, security and safety for the Ports and Inland Waterways respectively, and implementation of the ECOWAS protocol on Trade Facilitation as well as the Africa Continental Free Trade Area Agreement (AfCFTA),” he said.

The  minister expressed confidence of the remarkable economic outcome from Public Private Partnerships (PPPs), which he said had proven to be a viable option for infrastructure growth.

Sambo added that these models have the propensity to be successful when there is access to capital, enabling environment/institutional framework and adequate legislation.