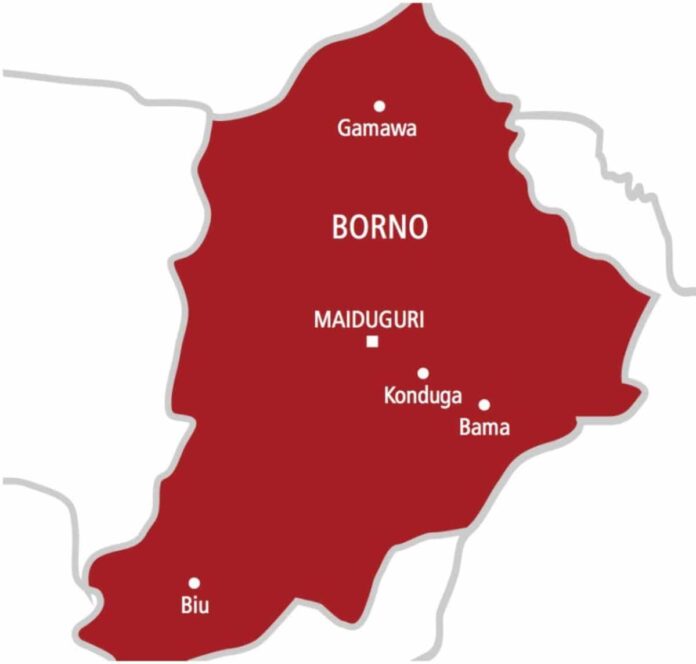 The Federal Government in collaboration with the Saudi Arabian Releif Centre on Tuesday donated relief materials to Internally Displaced Persons (IDPs) and flood victims in Borno.

Presenting the items to Borno government in Maiduguri, Director-General, National Emergency Management Agency (NEMA), Mustapha Habib lauded the sustain interventions being made through the Agency.

“The relief items are meant to support Nigerians affected by both insurgency as well as those impacted by the 2022 flood disaster in Borno,” he said.

While commending the military and other security agencies for the relative peace and return of normalcy in the state, Habib lauded the Borno government for resettlement of displaced persons to their ancestral homes to live a normal life.

He listed items received from Saudi Relief Centre to include 16,000 food baskets to cater for 16,000 households in Borno for two cycles.

“Each household is expected to have 59.8 kilogrammes basket comprising of 25kg of rice; 25kg of beans; 4kg of grits; 2kg of tomato paste; 2 litres of groundnut oil; 1kg of salt and 0.8kg of seasoning.

“This food assistance will no doubt go a long way in sustaining resettled population and IDPs in the targeted communities.

“The direct distribution of the items would be handled by NEMA in collaboration with Borno State Emergency Management Agency, our indefatigable partner in the North East,” he said.

According to him, the Dangote Committee is a typical example of the private sector supporting humanitarian causes as part of its corporate social responsibility.

In his remarks, the representative of Saudi Relief Centre, Al-Yousuf Abdulkarim said the intervention targeted 196,000 beneficiaries in Borno.

Gov. Babagana Zulum described the gesture as timely, and assured that his administration would ensure that the items get to the targeted population.