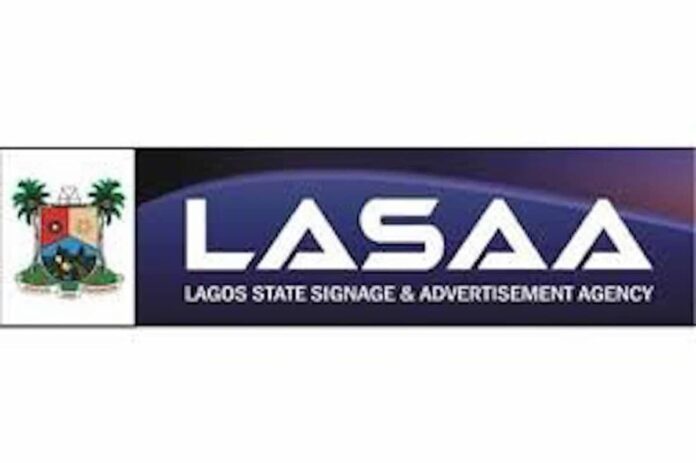 Lagos State Signage and Advertisement Agency (LASAA), the agency saddled with the mandate to regulate advertisement displays in Lagos State, has announced the release of its 2023 mobile advert  stickers for branded vehicles in the state.

Managing Director of LASAA, Prince Adedamola Docemo, in a statement in Ikeja yesterday, stated that the new and improved mobile advert e-sticker will be in force effective from the 1st of January 2023, a development that will render the 2022 sticker invalid.

He reiterated that, just like last year, the agency has fully deviated from the yearly tradition of launching the stickers with pomp and would rather focus on improving the efficiency of the new process.

He explained that the new e-sticker, which was introduced last year, has attracted a lot of commendation from stakeholders. He said LASAA has continuously reviewed and improved the mobile advert e-sticker product throughout the year to assess the process and fix all barriers for better and efficient performance.

Prince Docemo disclosed that the 2023 e-sticker continues to experience constant upgrades with a Quick Response (QR) code scanner application, which is readable with a simple smartphone.

He said, “The e-sticker has been enhanced with internal control mechanism, which comes with specialised bar codes and embedded details, including vehicle particulars and serial numbers for authentication.”

He explained that the new e-sticker comes with new improved security features such as anti-counterfeit properties and authentication system against fraud.

Prince Docemo emphasised that the level of security implemented for ease of confirmation has improved the process of compliance for the agency’s clients. He stressed that all branded vehicles state-wide will be effectively captured on a mobile advert database, thereby making the agency’s ability to monitor compliance and enforcement to work efficiently.

He noted that the incidence of fraud has been hugely minimised, adding that non-compliant vehicles will be impounded and grounded. He assured clients that upon registration, the e-stickers will be available to them within 48 hours.

According to him, LASAA continues to monitor the activities of unscrupulous persons parading themselves as staff of the Agency as well as those working to frustrate its  efforts by selling mobile advert stickers belonging to other States. This act, LASAA believes, is an attempt  to cause confusion and conflict within  Lagos territory.  He added that LASAA has already taken bold  steps to reverse this anomaly.

He, however, assured that LASAA is always a step ahead in ensuring that all vehicles branded with logos and adverts are properly registered in Lagos State. He warned that the agency would arrest those who fail to comply.

He also warned clients and customers who are in the habit of patronising touts to desist from such act because LASAA’s operation is fully automated and any forged registration will be easily detected.

He urged all registered clients to install the LASAA verifier app on their smart devices to verify the status of registration of their branded vehicles.

The LASAA e-sticker Verification App is a reliable platform that allows LASAA field officers or law enforcement agencies to verify the authenticity of brand publications on automobiles in the state.

With the verifier app, all information regarding the organisation or individual name, plate number (where applicable), brand type, vehicle type and branding type will be displayed seamlessly to verify the authenticity of the sticker.

Prince Docemo expressed appreciation to Governor Babajide Sanwo-Olu for his immense support towards the agency’s initiatives while also stressing that clients’ satisfaction is at the heart of the agency’s business.