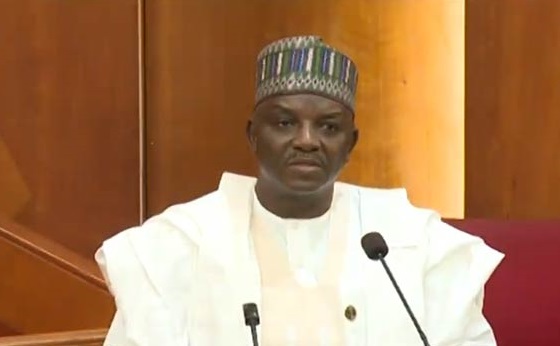 The Minister of Power, Saleh Mamman, has revealed that the Federal Government remained committed to developing and improving the power sector in the country.

Mamman disclosed this to journalists in Jalingo during the Eld-el-Kabir celebration.

The minister emphasised that those communities that were underserved would enjoy adequate service shortly.

He further assured those communities who had not been connected to the national grid that alternative sources of power generation would be provided to them.

Stakeholders in the industry have expressed that Power sector is currently experiencing difficulties despite huge sums of Intervention funds from both local and international agencies.

Data further showed that the sector may have gulped over N4.23 trillion is still struggling to stabilize.

Despite incessant blackouts and sharp drop in generation, Mamman, has promised that the Ministry will improve the electricity supply to Nigerians.

According to figures released by the System Operator, an arm of the Transmission Company of Nigeria, (TCN) the country’s power generation stood at 3,689.2 megawatts on Monday.

Although it moved up by 111.9MW when compared to the preceding day’s generation figure, experts wondered why the performance of the sector had not adequately reflected the financial interventions made in the sector by the Federal Government.

The World Bank, in 2010, extended a loan of $300 million (N108.6 billion) to the country, for the Nigeria Electricity and Gas Improvement Project (NEGIP), which ended in December 2018.

Equally, the Japanese Agency for International Cooperation (JICA) gave 1.317 billion Japanese Yen or $12.4 million (about N4.5 billion) grant for the Transmission Company of Nigeria (TCN) to install capacitors and switch gears at the Apo (Abuja) and Keffi (Nasarawa State) substations in April 2018, which have been inaugurated.

The interventions, which are part of over 23 others, valued at above N4.23 trillion were expected to address critical economic issues and spur job creation.

Beside all these, the power firms, mostly private entities, have received about N1.5 trillion funds from the CBN in the past seven years, in order to keep the sector afloat.

He also called on agitators to give peace a chance and contribute to the ‘one Nigeria’s project.’

According to him, “we do not have another country of our own and we must join hands together to build the Nigeria of our dream.”