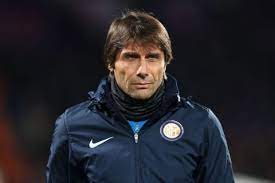 Tottenham boss, Antonio Conte has reacted to the speculation linking PSG coach, Mauricio Pochettino to Manchester United, saying ‘I wish him the best’.

The Tottenham manager described Pochettino, who had earlier announced he is happy at PSG, as a good friend.

The Argentine is rumoured to be lined up by Manchester United as their new permanent manager.

Man United sacked Ole Gunnar Solskjaer on Sunday after an embarrassing 4-1 defeat to Watford that saw them move to eight place in the league table and 12 points behind league leaders, Chelsea.

Conte was said to be interested in the job at Old Trafford before joining Spurs when the calls were not forthcoming from United.

Now Pochettino is United’s clear preference to succeed Solskjaer and the Tottenham boss is believed to be keen on taking the Old Trafford hotseat.

During his press conference ahead of Tottenham’s Europa Conference Cup game against Mura, Conte was asked about the prospect of facing Pochettino at United, he replied: “Honestly in this moment I’m too busy thinking about my work and the situation here at Tottenham to speak about whether eventually Pochettino comes again to England.

“I think I’m not prepared for this answer, I’m sorry! I am focused on the game against Mura.

“Mauricio is a friend, a good friend, and he is a good person. I wish for him the best.”