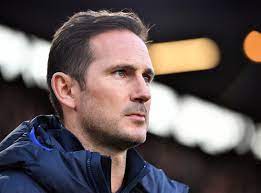 Everton manager, Frank Lampard, has described their relegation worries as “just words” following a 3-1 defeat to Newcastle in a Premier League match on Tuesday.

Jamaal Lascelles and Mason Holgate both scored own goals, before Ryan Fraser gave the Magpies the lead.

Kieran Trippier then curled home a superb free-kick for the hosts, as they climbed out of the bottom three.

However, Everton are now just three points above the drop zone.

But Lampard said: “It’s disappointing for the result. Early injuries didn’t help us. It was a tough game to have as we have only been together for a week.

“We lost two big players in Demarai Gray and Yerry Mina and things changed. The main thing for me was how we dropped off in the game.

“The confidence and belief have to be built and worked on the training ground. It needs to change quickly because we want to get results. It is just words to say that we are in a relegation battle”.

“Newcastle have been in it all season and had ups and downs”.

“The only focus is on Leeds next, and take every game step by step.”