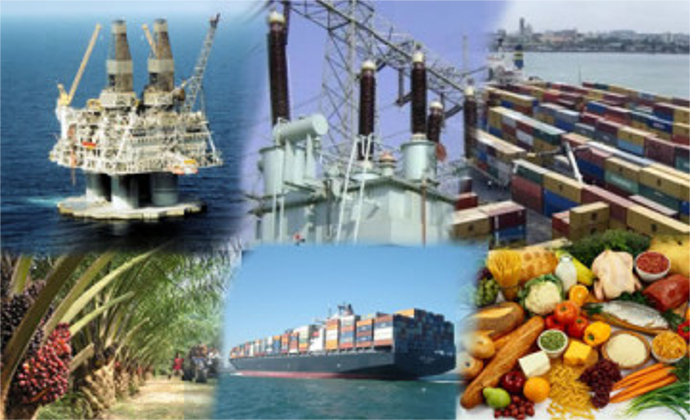 Aggregating productivity from various sectors to have a solid foundation for a virile economy has been an assertion which have been advanced from time to time as one ready solution to the wavering stature of the Nigerian economy. The argument has been premised on the ground that the accruals of revenue substantially from various sectors with competitive strength will pragmatically set the framework for a virile economy to take shape. In this light therefore, comes the basis of the call for diversification.

It is however, paramount to note that such assertion must find resonance in the reality of the necessary political will to drive corresponding economic models to prosecute all necessary schemes with defined strategic measures towards this end. The mono-cultural character of the Nigerian economy with the emphatic concentration on oil, has exposed the Country’s economy to the vagaries of global oil market and price inconsistencies. At the point when oil price was at the peak of accruals, the booming trend had placed the Country at a position of opulence; which was well seen as a basket of consumable cakes custodians of public offices deemed fit to voraciously consume for personal aggrandizement. However, since change is constant, fate has turned around for the Country with the nosediving crash in oil price, which at some critical point fell below $25 per barrel. Market forces had in the wake of these dynamics, particularly from 2016, led the Country into a recession which she is yet to recover from.

The prevailing effects of the depression on the economy have hit hard on the Country with unwholesome records of debilitating conditions on the entire societal fabrics. Profile of socio-economic circumstances in recent times have recorded worsening dimensional narratives in relation to strings sprouting from the debilitating conditions of the economy. The prevailing conditions indisputably demand strategic modalities to pull the Country out of the economic albatross. However, the perception of the move towards this end is not a question of absence of propounded solutions, but rather a conundrum of apparent loss of political will, displacement of priorities and/or insensitivity to changing economic realities.

Since the only way out of problems is to proffer workable solutions to pressing challenges, it is only prudent for the Government to strategically turn appropriate attention to the right direction towards addressing the wobbling state of economy. Here again, the resonance of diversification comes to bear. The significance of this has moved from the state of relevance to necessity, and as such cannot in anyway be underestimated. However, strategies towards navigating plausible path towards this end must be purposeful and well calculated. It is no gainsaying that the enormity of resources with classification into categories under sectors in the Country, far supersede the level of the defining character of her economic profile. The status of the Nigerian economy is by and large in this definition, operating and performing below the potentials of economic power within her capacity.

One strategic way to propelling the diversification of the Country’s economy can be navigated by identifying soft spots of great potentials whose demand from the global market is substantially rewarding with prospects of profound export turn-over for appreciable accruals into the Country’s Foreign Reserves. While there are several resources across sectors where the Country has comparative advantage in this light, the potentials in agriculture alone are enormous. In as much as it is known that the Government to some extent has acknowledged this, it is apparent that there are more to the strategic efforts required to make meaningful impacts from the sector. The need to identify soft areas of comparative advantage in the sector is key. This is essential to navigate strategically the path to meet pressing demands from areas of competitive advantage which are readily handy for productivity.

On Wednesday, it was disclosed by the Minister of Agriculture and Rural Development, Sabo Nanono, that the aggregate sum which accrued into the Country’s coffers from the export of coconut oil and its derivatives in 2020 was no less than $150million. The Minister who was represented by a Deputy Director at the Federal Ministry of Agriculture and Rural Development, Bernard Ukattah, at a training for coconut farmers organised in collaboration with the Nigerian Institute for Oil Palm Research in Benin, had said that coconut was a major non-oil export foreign exchange earner for Nigeria. According to him, coconut provided livelihood for over 500,000 families, and accounted for 10 per cent of the nation’s agricultural exports. Noting that the produce is expected to generate about $250million this year, he was quoted: “As a result of the awareness of its value and degree of uses, Nigeria has in recent times increased the volume of production of coconut to average of 250,000 metric tons per annum. In 2016, Nigeria produced 283,774 metric tons and the demand for the crop has been on the increase growing upwards to over 500 per cent in the last decade. Available data shows that coconut is grown in 22 states of the country with Lagos being the largest producer. Other major producing states include Ogun, Ondo, Edo, Delta, Akwa-Ibom, Rivers, Cross Rivers, Imo and Benue among others.”

The need to sniff for and identify such soft-spot areas for competitive advantage whose productivity are readily handy for exploit across sectors is essential. Such strategic pattern is much needed to cover gaps of revenue shortfalls occasioned by the diminishing of accruals from oil proceeds. It is therefore important for the Government to identify these spots, to muster efforts with the corresponding strategies towards building synergy of mobilisation of productive factors to make these areas exploitable for appreciable, if not optimum performance, to cater for strains from shortfalls of oil revenue. Rather than navigating the diversification course from the over-generic scope of approach which largely have given much projects a white elephant character, it is prudent for the Government while having an overarching model of navigation, to muster efforts from more specific patterns and move strategically upwards to the height of virility according to the patterns of the guiding architecture.