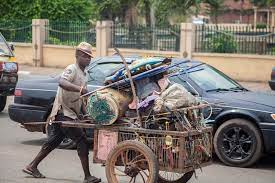 A Council boss in Delta State, Jite Brown has banned scrap iron collectors in his council over their alleged criminal activities.

Their activities came to the fore when complaints from residents of the communities became too frequent and more aggravating.

Brown, during a security meeting with government agencies, resolved that the activities of the miscreants be banned immediately.

He directed the secretary to the Local Government, Udumebraye D. Samuel to liaise with news outlets to make the announcement and directed the Security Agencies to effect the order.

In another development, the Council boss directed owners of horses and bulls constituting traffic nuisance in the Council to remove them within one week, with effect from, Wednesday, 5th October or such animals would be arrested and the owners made to face the wrath of the law.