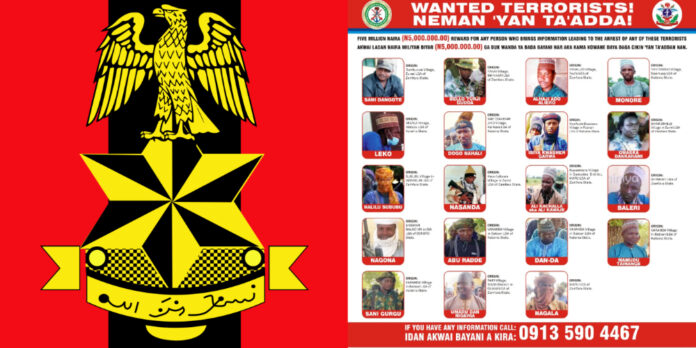 The Defence Headquarters on Monday  has declared no fewer than 19 bandit leaders in the North-West, North-East, and North-Central regions of the country wanted.

The military also placed a N5 million bounty on the bandit kingpins and urged the public to provide information that could lead to the arrest of the criminals to 09135904467.