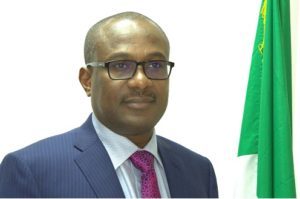 …as US Court clears Wabote

The  Editor-in-Chief, Point Blank news Jackson Ude suffered another loss of case against the Executive Secretary Nigerian Content Development and Monitoring Board (NCDMB) Engineer SIMBI WABOTE. This loss was the outcome of a perjury case filed against Wabote and Ciliento, his lawyer  at United States District Court.

The court ruled that  Wabote  and Michael D. Cilento, his lawyer, did not commit perjury in court in the defamation suit ongoing in the Eastern District of Pennyslvania, contrary to claims by Jackson Ude, editor-in-chief of pointblanknews.

It was gathered that on January 10, 2022, Wabote (Plaintiff) served Ude (Defendant) with responses to the later’s “Second Requests for Production and Interrogatories (the “Responses”) in compliance with this Court’s Order of December 21, 2021 (ECF 74).”

However, Cilento, in his letter, stated: “For the first time, on Friday January 14 at 3:33pm, Defendant raised certain issues with the Responses, requesting that Plaintiff supplement the Responses within one hour by 4:30pm that same day. Defendant then immediately filed his ECF 90 letter that same night, obviously making no real attempt to discuss or resolve the purported discovery issues.”

Because of this, counsel to Wabote urged the court to “outright reject Defendant’s January 14, 2022 letter for failing to meaningfully confer or attempt resolution as required by Your Honor’s Policies and Procedures.”

He also explained to the court that Wabote “has submitted responses to Defendant’s purported issues, as shown in the true and correct copy of a letter dated and sent today to Defendant’s counsel attached hereto as Exhibit A. January 15, 2022 (ECF 91) Letter”

According to the Cilento’s letter, fromUde and “his counsel’s January 15, 2022 letter is the most recent frivolous and ludicrous attempt by Defendant and his counsel to manipulate and deceive this Court and the public, and to spin fake news narratives out of this case.

“The fake “petition” further alleges that Plaintiff and his wife are currently directors of the company. Well, not only does Defendant’s fake evidence itself show that the bank accounts are not in the name of or maintained by Plaintiff (but rather the company), but Plaintiff has also testified, ad nauseam, that he lawfully resigned his interest and position as director of the company more than five years ago, and thus has no information about or control over the company or any bank accounts that the company may maintain. And while Defendant and his counsel have not once ever requested any documents regarding the company, instead simply relying on their fake evidence in an attempt to deceive this Court, Plaintiff here now produces certified documentation showing that Plaintiff relinquished his interest and position as director in the company more than five years ago. See true and correct copies of those corporate documents attached hereto as Exhibit B (see pages 10-19, in particular, for share relinquishment and directorial resignation). “

Cilento also attached “a true and correct copy of an article published yesterday by Defendant on Point Blank News that further spews more deception and fake news, asserting that Plaintiff has “committed perjury” and that nonexistent organizations and individuals have called for Plaintiff’s “immediate suspension,” all based on Defendant’s counsel’s January 15, 2022 ECF 91 letter to this court.”

In his plea to the judge, Cilento wrote: “Your Honor, respectfully, enough is enough. Plaintiff respectfully implores the Court to take a strong action condemning these tactics, and to sanction Defendant and his counsel for this frivolous ECF 91 letter and attempt at deceiving the Court and the public. Plaintiff respectfully further requests the Court to enjoin Defendant from publishing any further publications about this case, lest the case, the Court, and Plaintiff’s reputation be further tainted by Defendant’s and his counsel’s improper and pathetic tactics of deception and manipulation in submitting frivolous letters and completely fabricated accusations,”

In giving his order on January 20, Judge Leeson Jr., in his ECF 97 Order:granted Wabote’s request and ordered that Ude must sit for an additional deposition and must answer all questions that he is asked, including all questions surrounding PointBlankNews and the identities of the reporters and editors that he alleges work there and worked on the defamatory story.

Ude during his earlier deposition December 21, 2021, evaded providing the names of his colleagues at the Pointblanknews.com on the grounds that they are endangered by the nature of the investigative work they do in Nigeria and could be killed if their identities are known.

In the ECF 98 Order Judge Leeson Jr., denied Defendant Ude’s requests and ordered that Plaintiff Wabote does not need to respond further to interrogatories or document requests; does not need to respond to the false allegations surrounding the Tee & T company or its bank accounts, and him and his attorneys have not committed any perjury or fraud and have acted completely proper throughout the litigation and discovery process.

After considering Defendant Ude’s letter-briefs, and Plaintiff Wabote’s letter-briefs, after a telephone conference held on January 19, 2022, during which both parties’ presented argument, Judge Leeson Jr., denied the former’s requests and granted that of the later. Both Ude and Wabote were represented by counsels Beneth Onyema Amadi and Cilento, respectively.

The judge reminded them that they have an obligation to exhaustively address all discovery disputes among themselves before requesting the court’s intervention, citing cases such as “See E.D. PA. LOCAL R. CIV. P. 26.1(f) (requiring counsel seeking court intervention to certify that “the parties, after reasonable effort, are unable to resolve the dispute”). See also FED. R. CIV. P. 37(a)(1) (providing that a motion to compel discovery “must include a certification that the movant has in good faith conferred or attempted to confer with the person or party failing to make disclosure or discovery in an effort to obtain it without court action”); Evans v. Am. Honda Motors Co., No. 2:00-cv-02061, 2003 WL 22844186, at *1 (E.D. Pa. Nov. 26, 2003) (explaining that these rules are not mere formalities; they “impose[] a substantial obligation on counsel to resolve discovery problems before bringing them to the attention of the court”).”

It also noted Ude’s “objections raised under the Pennsylvania Shield Law, which protects the disclosure of confidential sources of information, are sustained in part and overruled in part. See 42 Pa. Stat. § 5942. Defendant makes the novel argument that the Shield Law protects the identity of persons who worked on the alleged defamatory article because they are also “sources.”

However, the Judge Leeson ruled that “under Defendant’s interpretation of the statute, every “malicious or negligent defamer would have carte blanche to withhold from judicial scrutiny” the identity of any person who contributed to a defamatory story so long as they were also considered a “source.” See Hatchard v. Westinghouse Broad. Co., 516 Pa. 184, 194 (Pa. 1987).” The Court rejected this interpretation because it would “make it close to impossible for individuals to seek redress against the media for maliciously or negligently publishing false statements that seriously damage the reputations of individuals.

“If any reporters/editors are also sources of information for the article in this case, the Shield Law protects that fact from disclosure. Defendant does not need to link which portions” of the story.

The judge further ruled that “Within 20 days of this order, Defendant must sit for an additional deposition of no more than three hours.” He directed Ude to answer all questions at this deposition unless specifically told not to by his counsel due solely to objection as to the article were sourced from reporters/editors. “Defendant does not even need to identify whether any portions of the article were sourced from reporters/editors. However, the Shield Law does not protect the identity of persons who contributed to or worked on the article and the identity of such persons may not be withheld from disclosure form of the question (during the previous deposition of Jackson Ude held on December 21, 2021, all parties stipulated at page 3 of the deposition transcript that “all objections except as to form, are reserved to the time of trial”).

Leeson Jr., also prohibited Ude’s lawyer “from making any speaking objections at this deposition, and from coaching the defendant during the deposition.”