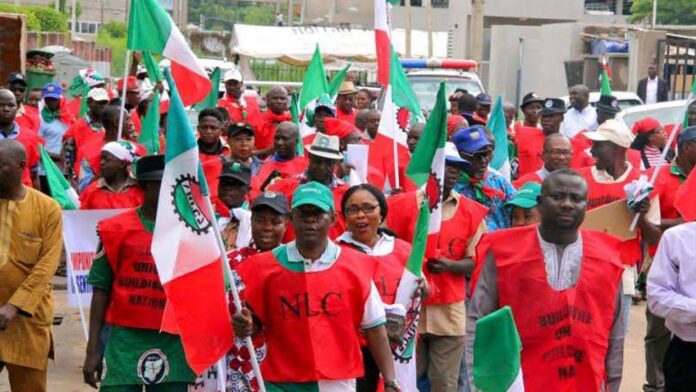 As controversies keep revolving around the proposed  removal of petroleum subsidy by the Federal Government, it has been gathered that the decision of the Government would take proper shape by June when the budgetary provision for its payment in the 2022 budget is expected to expire.

This is just as Nigerian NewsDirect gathered rising of momentum towards the planned protest by the organised labour as outcome fron the National Economic Council’s (NEC) meeting on Thursday revealed that the decision on the removal of the subsidy on petroleum will be made by June.

The Council disclosed that though conservation on subsidy removal has been going on, it was yet to take a position on it.

It would be recalled that more controversies coloured the subject which has been generating heat, when on Tuesday the Senate President, Ahmad Lawan, quoted President Muhammadu Buhari to have said he (Buhari) has not given any one the directive to effect the removal of subsidy in the Country.

Lawan who paid a visit to President Buhari on Tuesday following the heat gathering around the proposed removal of subsidy as announced by critical stakeholders from the President’s cabinet, had affirmed to Nigerians that the President has not directed anyone to remove subsidy.

“And we’ve just finished our recess; we had gone home to our constituencies and senatorial districts and we feel the pulse of our people. And I found it necessary to visit Mr. President, as the leader of our government and our leader in the Country, to discuss this particular issue of concern to Nigerians, and I’m happy to inform Nigerians that Mr. President never told anyone that the petroleum subsidy should be removed,” the Senate President had said while briefing State House Correspondents  on the aftermath of his closed door meeting with President Buhari.

Meanwhile, the outcome of NEC’s meeting chaired by Vice President Yemi Osinbajo at the Conference Hall, Presidential villa, Abuja on Thursday, came with the declaration that since the Nigerian National Petroleum Company (NNPC) Limited has become a limited liability company, it must be run differently.

Briefing State House correspondents on the outcome of the meeting, the Governor of Nasarawa State, Abdullahi Sule said it was understandable that the provision for the payment of the subsidy in the 2022 budget only covers till June.

According to him, any decision on the removal of subsidy will be taken after the budget provision runs out of the provided limit in June.

Obaseki who mentioned that the Federal Government was spending about N2trillion on petroleum subsidy, which according to him was too much, said  the sum could have been used to fund other projects.

As mobilisation for the January 27 planned protest by the Nigerian Labour Congress (NLC) across the 36 States of the Federation against the planned subsidy removal, gathers momentum, the Senior Staff Association of Nigerian Universities (SSANU) has pledged support of its branches all over the Country to adequately mobilise in line with the directive of NLC for the scheduled protest next week.

The announcement of subsidy removal had sent fear down the spine of many; a development that has attracted the attention of Labour and Civil Society Organisations with flags of intended protests, should the policy be brought forward.

Recall that in reaction to the proposed subsidy removal, the organised labour through the leadership of the NLC had directed all its state councils to mobilise members for one day nationwide protest in the 36 States of the Federation against the planned subsidy removal on petroleum and the imposed tax on soft drinks deregulation on January 27, 2022.

The congress had said the planned rallies would commence without warning should the FG announce new fuel prices ahead of scheduled protest rallies in all the States of the Federation.

The protest is slated for January 27, 2022, and would culminate in the submission of protest letters to all the 36 state governors.

Subsequently, the NLC had said a national protest would also hold in Abuja on February 1. These were part of the resolutions of the National Executive Council meeting of the NLC which was held at the Labour House, Abuja, on Friday, 27th December, 2021.

Speaking at its 41st Regular National Executive Council, NEC, meeting at the Obafemi Awolowo University, OAU, Ile Ife, Osun State, the President, SSANU, Comrade Mohammed Haruna Ibrahim, wondered that the government does not consider the pains the citizenry are passing through while taking its decisions.

Describing subsidy removal as “evil and very unpatriotic thought” he affirmed that as an affiliate of the NLC, SSANU would participate actively in the proposed protest.

He said: “In the next few days, the Nigeria Labour Congress is mobilising all the Nigerian workers both formal and informal to protest this evil and very unpatriotic thought of removing fuel subsidy in Nigeria.

“We have it in good authority that about N200 will be added to the N162 or N170 depending on where you are buying as fuel price in Nigeria.

“This, Nigeria Labour Congress in which SSANU is an affiliate, totally rejects and will participate fully in this protest across Nigeria on the 27th of this month.

“The present Federal Government of Nigeria is not doing any better in its relationship with our labour unions. SSANU in particular is facing the most difficult period of its existence because our members are going through a lot in terms of hardship, in terms of denial.

“Today what our members go through is mutilation of salaries, non-payment of promises made such as that of the new minimum wage arrears, non-implementation or partial or lopsided payment of the hazard and responsibility allowance, issues of staff schools that have become an issue of concern to all our membership.

“SSANU as a union is not happy with the situation we have found ourselves in this country and we are calling on government that we will not sit down and watch our members to continue to suffer in silence.”

Meanwhile, as Labour Unions seek to protest the Federal Government’s anticipated move, arguments from some quarters in support of the removal policy have begun to take rounds.

In his lecture on Thursday, at the 2022 Distinguished Personality Lecture Series of the Lagos State University, LASU, Ojo, Lagos, former President of the Lagos Chamber of Commerce and Industry, Mr Goodie Ibru, made a case in support of removal of petrol subsidy.

In his submission, whatever fund is saved from the process could rather be used to subsidise education and health.

According to him, subsidising education and health on a broad scale would make every Nigerian to be adequately equipped to compete better in the global market place for opportunities.

Ibru, who is also a former President of the Nigerian Stock Exchange, in his lecture titled, “Imperatives of a 21st Century Nigerian Economy: An Entrepreneur’s Perspective,” submitted that the Federal Government should make it mandatory for International Oil Comoanies (IOCs) to set up refineries in Nigeria before granting them operation licences.

This, according to him, would avail the country the opportunity to conserve scare foreign exchange being spent on importing refined products.

“The cost of petrol subsidy is enormous and incalculable. The Federal Government in November last year estimated that it will cost N1.8 trillion in 2021 (about $4.32 billion) – at an average of N150 billion, that roughly approximates the annual budget of 12 state governments combined.

“To buttress this point, the total sum of the 2022 budgets of the six North Central states of Niger, Kwara, Kogi, Benue, Plateau, and Nasarawa is N908.7 billion, while the average for the six states is N151.45 billion.

“The total FG budget for the health sector in 2019 was N1.191 trillion and the total budget proposed for road and housing in the 2022 Appropriation Bill was N481.96 billion.

Quoting a report by globalpetrolprice.com, Ibru said Nigeria had the seventh lowest price of petrol in the world.

Recall that FG had said it would remove the fuel subsidy this year following advice by the International Monetary Fund, and the World Bank.

It would be recalled that the Minister of Finance, Budget and National Planning, Dr Zainab Ahmed, had last October, 2021, announced that the Federal Government made provision for petrol subsidy only for the first six months of 2022 as the government looked towards complete deregulation of the sector.

The Minister had said, “In our 2022 budget, we only factored in subsidy for the first half of the year; the second half of the year, we are looking at complete deregulation of the sector, saving foreign exchange and potentially earning more from the oil and gas industry.”

In its place, the Minister of Finance, Mrs. Zainab Ahmed, had said about 40 million poor Nigerians would be paid a N5,000 monthly stipend for transportation. Since the disclosure, the polity has been clouded with speculations and reactions with threats of demonstrations to protest the move.