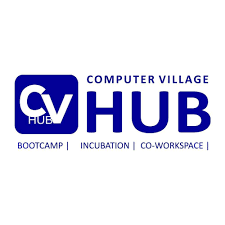 The Computer Village Hub (Cvhub) on Saturday  said it was contributing to the enhancement of digital economy  through free training  of youths on Information  and Communication Technology (ICT).

Mr Austin Agbakor, Chief  Executive  Officer  (CEO) of Cvhub,  spoke with journalists in Lagos on the sideline of the grand finale  of  the training  of 17 students, aged 10 -16, on graphics and web design, corel draw,  scratch among others.

Cvhub had commenced a free four-week Bootcamp on Aug. 16, 2021  in collaboration  with David Oluwasegun  Foundation.

Agbakor said that the training  of the students would have a multiplier effect in advancing digital economy  in the country because the children would be developing  local  content of global standard.

According  to him, some of the trained kids are already developing games, website and graphics which if promoted, will make them entrepreneurs especially in an advanced  society.

“We believe  in catching them young and made the selection open for any child who had interest and passion for ICT but limited in reaching out .

“This grand finale of the boot camp is a call to all who have children passionate  about ICT to bring them to Cvhub as there is that capacity to train  and feed them.

“We have  some of the children who have been here for the first edition of the boot camp.

“They are  our ambassadors who would reach  out to the world and enhance  the economy  through  their works because some them have developed  up to 12 games,” he said.

He, however,  called  for partnership and collaboration from government  and private organisations to join hands with Cvhub  to promote digital economy  in the country.

A participant,  Master Chukwufumnaya Ashinze, 14,  said that the training  had exposed him to advance digital learning.

He said that the training had  improved his digital learning and  that  advanced digital  learning as tech was taking over globally.

Also Miss Nkechi Agbakor, 15 years, said the  training had improved her digital skills and encouraged  her to take up Science  Technology  Engineering  Mathematics  (STEM) as a course.

She said that this was her second time being at the training and with the knowledge  acquired , she will  impact other children passionate about  ICT.