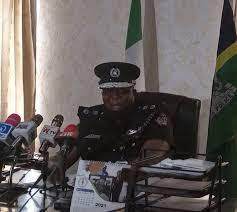 Gombe State commissioner of police, Ishola Babaita, has assured that the security network in the state would secure the state through the ember months and beyond.

He also urged erring officers and men to either comply with the Force’s dictates and tenets “before it is too late”.

Addressing newsmen on Thursday in his office, Babaita said the force had been fortified to contain criminality in the state.

According to him, his commitment to the force is to secure the state including citizenry and their properties.

“We have put up operational order to ensure that criminals are dealt with because the command under my watch doesn’t believe crime should either be committed or celebrated,” Babaita said.

“I know in every setting one cannot rule out bad elements but we have the wherewithal to contain them, I can only advise criminals to seek haven elsewhere,” he added.

Describing security in Gombe as wonderful, he described his lieutenants as dependable and loyal officers and men.

He also applauded the vigilantes and local hunters whose contribution to the command’s achievements he said was “beautiful and wonderful.”