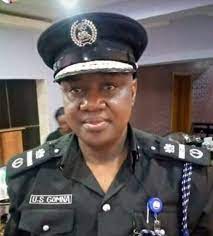 Nigerians have been called upon to persist in praying for peace and unity of the country.

The Assistant Inspector-General of Police in charge of zone six, Usman Sule Gomna and Commissioner of Police in Cross River State, Alhassan Aminu said this in Calabar when a group of Missionary-Crusaders from Brotherhood of the Cross and Star called on them as part of their annual anniversary celebration at their World Headquarters in Calabar.

The AIG spoke through one of his principal officers, Mr Ben Okwara stressing that the country is now at a crossroad, challenged by heightened insecurity.

“There is a dire need for clergymen to persist in beseeching God to intervene in national matters even as the general elections of next year approaches.

“Your visit is beneficial and educative but I want to call on all men of faith to jointly and fervently pray for peace and unity of this country because we are at a crossroads.

“We need prayers as we are approaching 2023 so that the general can be peaceful.”

The Commissioner of Police reminded that the prayer as contained in the country’s former national anthem is what every Nigerian should be praying, adding that the country needs the spirit of brotherhood.

Leader of the Brotherhood delegation, Christ Ambassador John Ezeoke said a mighty country loved so much by God, and can never be divided no matter the antics employed.

He emphasised that Nigeria needs unity to become a great nation.

“Nigeria will never be divided. All tribes and tongues in this country should emphasise peace and love because Nigeria is an important country before God”, Ezeoke said.