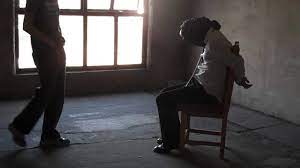 Ekpe Ogbu, the Benue State Commissioner for Housing and Urban Development, has been kidnapped by unknown gunmen on Saturday evening.

Confirming the abduction, the security adviser to the state governor, Colonel Paul Hemba (retd), who explained that the commissioner was abducted at Adankari Junction along the Otukpo-Ado Road, revealed that the victim’s vehicle had been recovered by the Police in Otukpo.

The Adankari Junction has become the spot for kidnap activities, with more than three records of kidnappings reported.

Upon their release, the previous victims reportedly disclosed that the kidnappers were armed herdsmen terrorising local communities and commuters who ply the route.