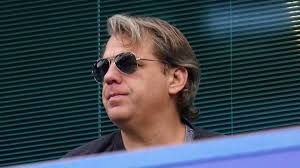 Chelsea is in talks with Manchester City over a move for both Raheem Sterling and Nathan Ake, the UK Telegraph reports.

Sterling is the Blues’ top priority this summer, with Thomas Tuchel eager for the club to sign the England international.

Although Tuchel wants to bolster his attack, he is also looking to bring in defenders following the exits of Antonio Rudiger and Andreas Christensen.

Chelsea has now turned to their former defender Ake as part of their summer rebuild.

Ake made his Chelsea debut back in 2012 and made 17 senior appearances for the club.

In 2017, he joined Bournemouth in a £20million deal having impressed on loan the previous season.

Following Bournemouth’s relegation in 2020, the Dutchman joined City in a deal worth £40million.

It is believed Chelsea co-owner Todd Boehly contacted City on Monday to discuss their valuation of both Sterling and Ake with the Blues keen to sign both players.