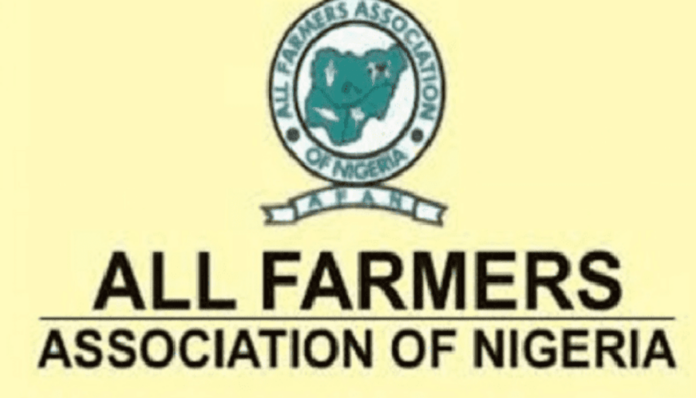 The All Farmers Association of Nigeria (AFAN) has urged its members to obtain Permanent Voters Cards (PVCs) in the ongoing voter registration ahead of 2023 general elections.

The National President of AFAN, Mr. Farouk Mudi, made the call during the inauguration of the association’s newly elected executives in Sokoto State on Monday.

Mudi expressed dissatisfaction with “lack of concern for farmers” in the areas of decision-making, policy formulation and implementation in the country.

“About 80 per cent of Nigerians who are farmers have been neglected in the areas of decision-making, policy formulation and implementation.

” All positions which have to do with agriculture must be left to members of the farmers association at the national, state and local government levels.

“We strongly believe that with our members in leadership positions in the agriculture sector, critical transformation will take place.

“Farmers must come together at local, state and national levels. We will not relent anymore; we must fight to get what belongs to us, regardless of any political party affiliation,’’ he said.

Mudi explained that the association unanimously resolved that any politician seeking farmers’ support must enter into an agreement with AFAN regarding decisions about farmers in Nigeria.

According to him, present national executives are trying to incorporate all categories of farmers, restructure the association for optimal performance and ways to explore opportunities for members.

He added that a data base was being formulated, where individual farmers and groups were captured, to facilitate benefiting loan scheme, health insurance scheme and other initiative to uplift farmers well being.

The National President said relevant authorities and institutions were being contacted to change the farmer’s situation to better.

” We ensured formulation of 6,006 association executives in the 8,853 political words in 774 local government areas across the country.

” Farmers feed the nation out of their productive activities, while vast population of policy makers neglected real practicing farmers and patronised groups without formidable obligations in farming activities.”

Mudi added that tricycle loans, township bus service, inputs and other supports would soon be implemented to members in the country.

According to reports, the national president inaugurated 23 executive members in Sokoto state with Alhaji Jamilu Sanusi as Chairman.

The newly inaugurated Chairman, Sanusi assured members of the desire to pursue the targeted goals of AFAN from previous leaders achievements.

The executive comprises representation from all the farmers groups and associations in Sokoto State.