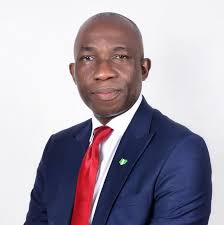 Mr Paul Allen Oche, an author, has filed an appeal against the ruling of the Federal High Court, sitting in Abuja, over alleged N1.5billion copyright infringement claims against the Nigerian Breweries.

The ruling was delivered by Justice Binta Nyako in a suit filed against the Nigerian Breweries Plc on Friday in Abuja over his intellectual literary work.

The appellant, through his lawyer Barr Ricklson Igelige said the law required the owner of a literary work to register the copyright before it could be clothed with locus standi to sue for infringement.

Oche had in his suit marked FHC/ABJ/CS/145/2019 accused the Nigerian Breweries Plc of copyright infringement of his intellectual literary work.

The titled of the work of “The Amstel Factor” an Amstel Malta Guide on how to be the best you can be.

The plaintiff had prayed the court to declare that he is the only person entitled to grant to the defendants, or any other party, the right to use the intellectual literary work contained in the book.

He also prayed that the court should permit the derivative adaptation of the book to be published to the public in any form.

He stated that the defendants neither sought nor obtained his authorisation to adapt and publish his intellectual literary work in their “Why Add More?” campaign.

He asked the court to award him N500million as general damages for the unlawful infringement of his intellectual literary work and N1billion as aggravated and exemplary damages against the defendants.

However, in her Ruling delivered on June 21, Justice Nyako had struck out the suit on the ground that the plaintiff failed to exhibit his registration of the said Copyright.

Dissatisfied, Oche in his notice of appeal urged the court to allow the appeal and set aside the decision and order of the lower court.

He also prayed the court for an order remitting the case to the Federal High Court, Abuja for hearing before another Judge.