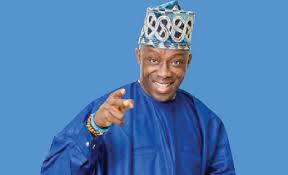 Nigerian Fuji Superstar, Adewale Ayuba, said his marriage gave room for what he has been able to achieve in life.

Ayuba stated this, in a recent interview with newsmen, while speaking on his newly released song titled “Koloba Koloba.”

He said that the song relates to the plight of every male musician seeking the hand of a lady in marriage.

The Bonsue-fuji maestro said that he was inspired to sing “Koloba Koloba” when he saw a young man in the streets of Lekki seeking to marry a lady publicly but was turned back by the prospective father-in-law.

According to him, this related to his personal experience 21 years ago when he wanted to get married and he experienced similar serious obstacles which were later surmounted.

He, however, stressed that he was grateful through life’s challenges and attributed his success in life to God and his home

Ayuba urged every Nigerian up-and-coming musician to aspire to build a formidable marital life first before pursuing their music career.

“The song is intended to change the wrong impression of most parents who believe that male musicians are irresponsible, drunkards, flirts and so do not want their daughters to marry them.

“This is not absolutely true and by the grace of God my marriage is 21 years now; I have a beautiful and happy home.

“The help of God and my marriage have made me what I am today,” he said.

The superstar advised intending musicians to focus more on building a beautiful and successful marital life, after which all other things could fall in place as they enjoy a beautiful career.

“As a musician, once the marriage is not gotten right, every other thing fails,” he said.

The fuji musician urged his fans to visit various online platforms to listen to the music as it promises to be entertaining and inspiring.

He said that the video would be released soon.

Ayuba released “Koloba Koloba” on Sept. 3, 2021, online and is currently trending on all music