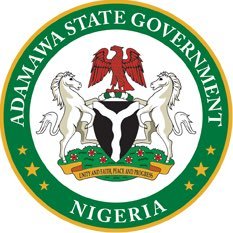 Adamawa Government has earmarked N300 million for eligible undergraduate students studying in the country under its 2021 scholarship scheme.

Alhaji  Salihu Belel,  Chairman, Adamawa State Scholarship  Trust Fund, disclosed this in an interview with newsmen in Yola on Tuesday.

Belel said that the amount was to support the indigenous undergraduate students studying in various institutions of higher learning across the country.

“So far, we have received over 150,000 applications from indigenous undergraduate students studying in various institutions of higher learning across the country.

“Approximately, the state government is to spend not less than N300 million for the 2021 Undergraduates scholarship,” Belel said.

He said those who successfully applied for the 2021 scholarship had special acknowledgement from the board.

The Chairman added that those that could not complete their applications, or didn’t apply at all, would also be considered during the screening.

Belel, however, explained that those undertaking Master’s and Doctorate Degrees and overseas students are excluded from the N300 million.

He assured that as soon as the board completed screening of the students they would start receiving alerts through their bank accounts.

Belel explained that the present administration of Gov. Ahmadu Fintiri was committed toward improvement of education sector in the state.

Belel, however, attributed lack of funds as the major problem militating against the efforts of the board.