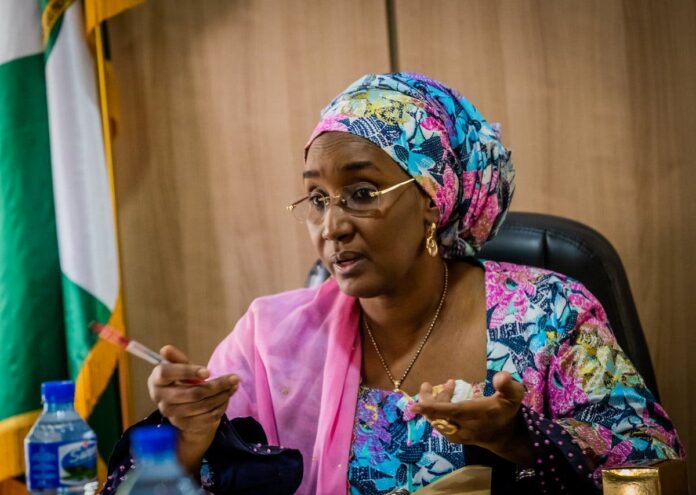 The Federal Government says it is ready to start school feeding programme in Kwara within the next few weeks.

The Minister of Humanitarian Affairs, Hajiya Sadiya Umar-Farooq, gave the assurance on Friday in Ilorin after the inspection of some of the Local Government Education Authorities and schools to benefit from the programme.

The minister, who was represented by the Special Assistant to the President on Social Investment Programme (NSIP), Dr Nasiru Mahmud, said that the assessment done has revealed that the state was ready to start the programme.

”We believe Kwara state will soon start the implementation of this programme, there are few issues but we will sit with the state representatives, give them our advices and take our recommendations back to Abuja.

”From their end in Kwara and our end in Abuja, we will fine tune things and in the next few weeks, Kwara will be on board,” Umar-Farooq said.

They had an interactive session with the Education Secretaries of the local governments, School Based Management Committees(SBMC) members, representatives of the prospective cooks and some students.

Hajia Bashirat Abdulrazaq, the state NSIP Focal Person, said the state had done its part to get everything ready for the implementation of the programme.

”At this stage, we are ready though we cannot shy away from the fact that they will have one or two things they want us to add up, and we will start paying attention to them immediately.

”So, in the next few weeks, just as Dr Mahmud has said, we will join other states in feeding our pupils,” Mrs Abdulrazaq said.

The prospective cooks, on their part, thanked the federal government for the opportunity given to them to provide foods for the students.

They called on the ministry to hasten the process for the immediate start of the programme as they were eager to start cooking for the students.

Speaking on their behalf, Mrs Kasirat Ibraheem, said they were ready to start has they had already gone through all the processes outlined for them, including medical checkups to ascertain their health status.

One of the students at Asa LGEA School, Miss Aisha Abdulganiy, said they were already anticipating the start of the programme as it would be a relief for their parents.

Reports said that over 1,500 public primary schools have been identified and over 96,000 pupils of primary one to three spread across the 16 local government areas of the state will benefit.

Over 1,947 cooks had been trained and engaged for the programme, but subject to periodic review.

Don advocates translation of ‘Things fall Apart’ into Hausa, others