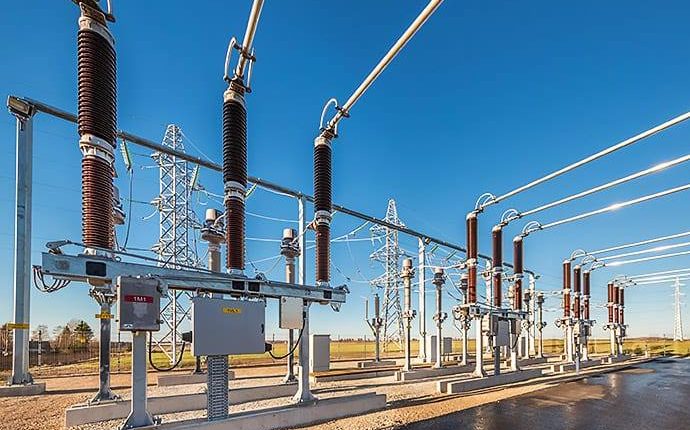 The matter of the workings of a new fiscal year is of top-most concern at the present. The circumstances posed by the strains of unforseen occurrences which compounded the state of a debilitating economy in 2020, demands nothing but utmost rationality and sensitivity in the running patterns of the fiscal orientations of the 2021 economy. It is therefore paramount that the workings of key sectors be put in a great state for the good of the economy, with consideration given to the realities of living conditions to give resemblance to the welfare of the people based on the harshness of present conditions.

One key sector where sincere attention must be directed is the working patterns of some of the parameters of the power sector. The sickly state of the workings of the sector is one of the old tale of gross deficiencies over the years. The failure of successive governments to address the wobbling status of the sector remain a drink of bitter of herbs, given the enormous resources which over the years have been earmarked for the sector. The privatisation deal struck in a bid to keep the sector on its toes for efficiency, has not yielded any result in close proximity to the desired and expected outcome. Rather, more reservations have erupted than solutions to the persisting struggles.

In the course of actions towards the new fiscal year, the Nigerian Electricity Regulatory Commission (NERC) has approved over 50 per cent increase in electricity tariff effective from January 1, 2021. The new tarrif hike regime is to be paid by customers of the 11 electricity Distribution Companies (DISCOs). This is coming about two months after the Commission forced the implementation of a hike on Nigerians in November 2020; a development that sparked reactionary resistance across the Country. In the revised Multi Year Tariff Order (MYTO) signed by the new Chairman of NERC, Engr. Sanusi Garba, on December 30, 2020, the new tariff increase took effect on January 1, 2021, and supersedes the previous Order NERC/2028/2020. NERC had in September 2020, raised tariff for the DISCOs. The development had then drew outrage from consumers and the organised labour, prompting the Federal Government to suspend it to pave ways for parties to dialogue. Further trailing the row, by November 1, 2020, the suspended tariff was implemented after some discounts were given for customers who get power supply for 12 hours and above daily. NERC had earlier in December, 2020, notified that it had begun a review for another tariff, which has been completed and had taken effect from January 1, 2021.

Unlike the November 2020 Order that exempted low power supply getters, the new revised Service Based Tariff (SBT) also included increase in the rates payable by all classes of electricity users.  In the new Order NERC/225/2020, the commission had stated that it considered the 14.9% inflation rate rise in November 2020, foreign exchange of N379.4/$1 as of December 29, 2020, available generation capacity, US inflation rate of 1.22% and the Capital Expenditure (CAPEX) of the power firms to raise the tariff.  The new Order is effective till June 2021 while a Cost Reflective Tariff (CRT) expected to raise the new cost higher will be activated from June to December 2021, the NERC Order revealed.

Given the significant bearing that the power sector holds to the performance of the economy, it is paramount that every parameter of importance with links to the workings of the sector be rationally and pragmatically settled in the best possible interest to all parties. As the regulatory body, it is essential for the NERC to work towards the direction of setting the board for a balance that embraces all stakeholders working to the highest level of realistic productivity possible. The increase in electricity tariff without commensurate output will result to nothing but an uproar from consumers, if the inconsistencies of power supply persist with the over elastic increase.

It is important to note that any insignificant difference from the prevailing records of supply is an invitation to popular resistance. It is therefore essential for the Federal Government to intervene proactively to ensure that citizens who are power consumers are not placed at the mercies of operators without commensurate output. Such imbalance portends nothing but acute threats to  Micro, Small, and Medium Businesses   (MSMEs) holding the larger stake in the Nigerian economy. The threats that the chains of effects the increase pose to the economy, is a recipe of danger that calls for utmost attention by the Government. It is therefore significant that the Government adopts critical measures to redraft policy directions towards striking a balance between power operators and consumers in a light that gives resemblance to the prevailing harsh conditions. This is important for the Government to keep a pace between two ends in a bid to save businesses from liquidation owing to unbearable production cost which is incommensurate to the realities of present economic situations.