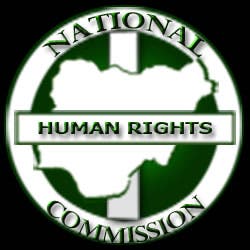 The National Human Rights Commission (NHRC) says it has recorded 276 cases from January to March, 2021 in Kano State.

Alhaji Shehu Abdullahi, State Coordinator of the Commission Kano State made the disclosure in an interview with newsmen on Wednesday in Kano.

According to Abdullahi, out of the 276 cases, 203 cases have been completed while 73 are still ongoing.

“Some of the cases include abandonment, child abuse, domestic violence, sexual and gender base violence, rape, indecent assault, neglect of parental responsibility among others.

“The commission will collaborate with other stakeholders including the Ministry of Justice, who promote and protect human rights.

“There are certain legal framework such as Kano State Child Protection law, Violence Against Persons Prohibition law which are currently undergoing domestication,” he said.

Abdullahi further explained that the commission will conduct general sensitization to let people know their right.

“We will go to some rural areas where there is minimal exposure and enlighten them to know their rights,” he said.

The state coordinator advised the general public to report any human right violation they come across, particularly on the issue of sexual and gender base violence as it was prevalence in the state.