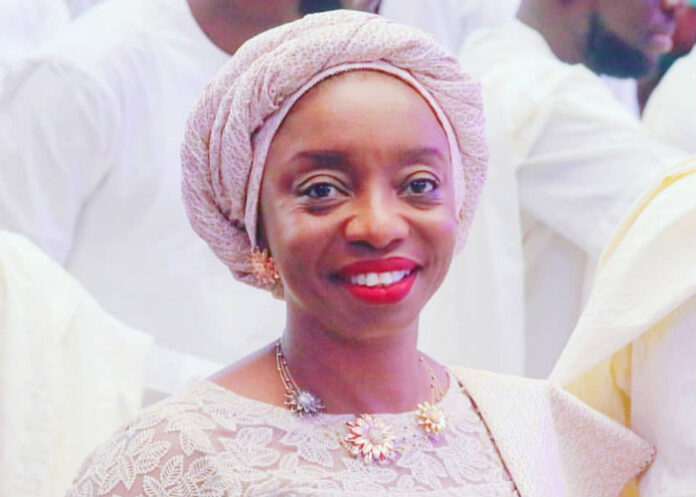 In a press conference at the State House on Tuesday to give updates of the upcoming conference, the Lagos State First Lady, and Chairman of COWLSO, Dr. (Mrs) Ibijoke Sanwo-Olu while addressing press-men on the annual conference, said the 21st National Women Conference would be held in an engaging setting to acquaint women with the necessities of recent realities.

According to her, against the 2020 conference which was routed entirely online, the 2021 conference which would last between Tuesday 26th and Thursday 28th October would return to the hybrid system of both physical and online platforms for participants.

Disclosing that about 6,000 participants are expected for the conference, the First Lady who is the Convener of the conference disclosed that the on-sight participation would accommodate 1,000 in line with COVID-19 protocols, as others would participate online.

While the 2020 conference was themed “Exploring Possibilities in a New World”, she said the 2021 conference themed “Awake” is set to awaken women to move in tune with modern realities to build capacities towards the myriad of challenges confronting the nation.

“I make bold to announce that all is now set for the 21st National Women’s Conference which promises to be memorable and impactful.

“We want our women to awake and be in tune with modern realities. We want participants to be acquainted with the skills to make positive difference with solutions to the myriad of challenges confronting us as a state and nation,”   she said.

While Governor Sanwo-Olu serves as the host, she disclosed that Aisha Buhari have been slated for the “mother of the day”, as Akeredolu would declare the conference open and his counterpart, Obaseki is scheduled to close the conference.

She said the Conference is aimed to gather women together with seminars to learn capacity and utilise same in the communities for contributory development.

On the enrolment for the conference, she said the registration for the participants on sight would be for N100, 000, while 20,000 goes for online participants.

She disclosed that while donations and proceeds from past conferences have been utilised for medical facilities, orphanages, and recreational centres (10 of which have been donated), the proceeds from this year’s conference   would be channelled into education.

According to her, the Committee will be working in connection with the Ministry of Education to channel the proceeds into proper demands in the sector.

She disclosed that topics under discussion which are to be treated by seasoned experts during the conference would among others include talks on health (cancer), substance abuse, youth restiveness, roles of record keeping, savings, women leadership and relevance to development, women in politics, family planning and national issues among others.

The first lady, who spoke on why women need to adjust to accommodate new technologies in their dealings, said the online participants could utilise such channels as life streaming on Facebook, Youtube, Instagram among other platforms to participate in the conference.

On the list of the programmes she mentioned would be incorporated into this year’s conference are introducing inspirational youth award, COWLSO Market Avenue and service rendering, such as free legal clinics and medical checkups, Gala night and raffle draws with exciting prizes.

She added that in the build up towards the event, the Committee would embark on a walk awareness slated for Saturday 16th, 2021, tagged “Awake Stop the Violence.”

On the market avenue, she said the on sight entrepreneurs would register with N120, 000 to exhibit and trade their products and services, while online exhibitions is set at N25, 000.

She assured plans have been set as ongoing developments are taking course to convene a befitting and hitch free conference.

In her remarks, the Co-convener, Vice Chairman of COWLSO and wife of Lagos State Deputy Governor, Chief (Mrs.) Oluremi Hamzat appreciated stakeholders for their cooperation towards convening a successful conference.