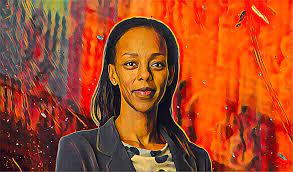 Airtel Africa Plc, a telecommunications and mobile money services company, has announced the appointment of Ms Tsega Gebreyes as an Independent Non-Executive Director with immediate effect.

This is contained in a notice signed by Airtel Africa’s Company Secretary, Mr Simon O’Hara, posted on the website of the Nigerian Exchange (NGX) Limited on Tuesday in Lagos.

According to the notice, Gebreyes is the founding partner of Satya Capital Ltd., a private investment firm specialising in Africa-related investments.

It said: “She served as Chief Business Development and Strategy Officer of Celtel International BV and Senior Advisor to Zain.

“Her previous experience includes her role as a founding partner of the New Africa Opportunity Fund, LLP, a 120 million dollars private equity Fund anchored by Citibank; she has served in various positions at Citibank and McKinsey.

“Gebreyes currently serves as a Non-Executive Director of the London Stock Exchange Group, as Vice Chair of SES, a publicly listed company in Luxembourg, as Director of Satya Capital Limited and as Senior Adviser to TPG”.

The notice also said that she has served on the boards of several privately held companies operating in Africa, as senior adviser to MTC and as a non-executive director for Sonae International apart from serving in many other capacities on several boards.

Commenting on Gebreyes’ appointment, Airtel Africa Chairman, Mr Sunil Bharti Mittal said: “On behalf of the Board, I am delighted that Tsega has agreed to join the Airtel Africa Board and we very much look forward to working closely with her.

“Tsega brings with her great telecommunications experience, working and investing in Africa and above all solid financial acumen. All this adds additional knowledge base at the Board.”