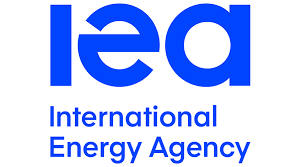 Germany, the Europe’s largest economy is projected to become a net importer of electricity in 2023 for the first time since 2002 due to retiring coal plants and the nuclear phase-out.

The International Energy Agency (IEA) made this known on Friday.

The report had it that Germany was aiming at switch off all its remaining nuclear power generators by the end of 2022.

It further said that it would also retire a large portion of its coal-fired capacity fleet between 2022 and 2024.

Recently, the country has said it would aim to phase out coal by 2030 – eight years ahead of earlier plans. The coal exit for Germany could be more difficult than in other European economies, because the country plans to phase out nuclear power generation by the end of this year.

According to the IEA’s Electricity Market Report – January 2022 published published on Friday.

The new coalition’s agreement in Germany includes, for example, the accelerated phase-out of coal—if possible by 2030—and the faster expansion of renewable energy,

Germany’s remaining nuclear capacity, which provided about 12 percent of total generation in 2021, is due to be phased out by the end of 2022. At the same time, some coal capacity is due to be retired according to the approved coal phase-out plans. Coal capacity is set to decline from 35 GW at the end of 2020 to 30 GW in 2022 and less than 26 GW in 2024, the IEA noted.

The timing of Germany’s nuclear phase-out and accelerated coal phase-out coincides with the ongoing energy crisis in Europe, where natural gas and power prices have jumped to record amid insufficient supply of gas and uneven wind power generation in northwest Europe, including in Germany.

The rebound in coal-fired generation in 2021 and the phase-out of nuclear capacity mean that electricity sector emissions increased last year for the first time since 2013 (up 17 percent) and might only fall below the 2020 level again in 2024, the IEA said.

Coal-fired generation in Germany is set to drop in 2023 and 2024 due to retiring coal plants, the nuclear phase-out, the net importer status of Germany, and expected higher gas-fired generation due to a continuing increase in the competitiveness of gas compared to coal, according to the IEA.