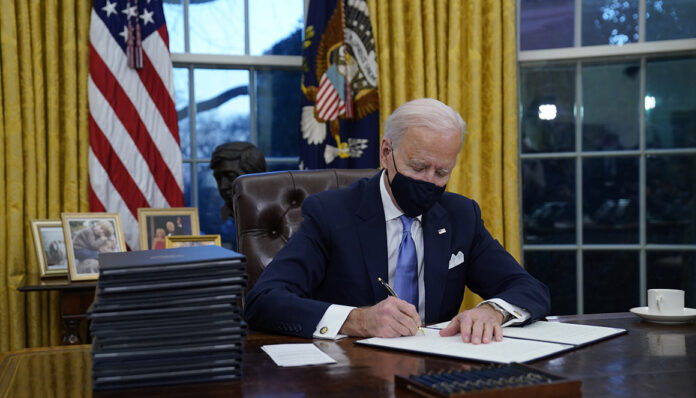 President Joe Biden is considering a cut in biofuels blending mandates focusing on ethanol and eying a cut below the 15 billion gallons proposed by the EPA.

Reuters reported while quoting an anonymous sources close to the White House.

The move comes after last month the Environmental Protection Agency proposed lower biofuels blending mandates for 2020 and 2021 in a bid to quell the growing concern about oil refiners about their blending bill amid soaring inflation.

Yet at the time, the EPA kept the 2022 mandates higher, at 20.77 billion gallons in total, according to a December Reuters report. The bulk of this biofuels mix is ethanol.

That proposal, however, did not meet with enthusiasm from the downstream industry, with the American Petroleum Institute commenting the EPA “would best serve the public interest by keeping compliance volumes feasible.”

The idea did not draw praise from the ethanol industry, either.

“This decision is an about-face by President Joe Biden who campaigned on his supposed support for renewable fuels,” said Senator Joni Ernst, a Republican from ethanol-producing major Iowa, in December.

Following a backlash from the oil and ethanol industries, the EPA considered a further reduction in ethanol mandates to 14.1 billion gallons, but later apparently reconsidered and restored the original proposal for 15 billion barrels of ethanol.

This time, however, the bioethanol industry has a new problem: according to the Reuters sources, the industry is shrinking and will find it hard to reach the biofuel blending targets that the EPA sets for it.

“EPA remains committed to the growth of biofuels in America,” Nick Conger, a spokesperson for the agency, said as quoted by Reuters this week. “We look forward to reviewing the robust comments that we receive from all stakeholders before finalizing our rulemaking later this year.”

“The White House is caught between a rock and a hard place. On one hand, they want to support the agricultural and biofuel industry, but they have been bombarded by unions and refiners who say there’s not enough ethanol and they are listening,” one of the Reuters sources said.