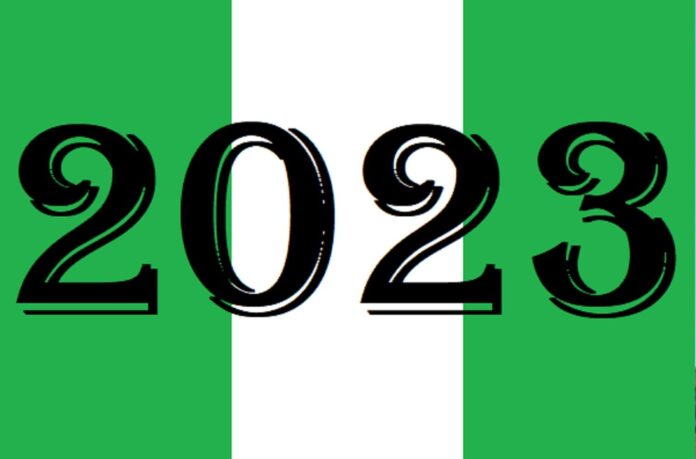 Since the Independent National Electoral Committee (INEC) announced the date for the 2023 general elections, there has been a rise in the tempo of thoughts and opinions regarding who will succeed President Muhammadu Buhari.

While many political gladiators and analysts have opined that the next president of Nigeria should be hinged on competence, others have clamoured for the emergence of a president from the south.

President Buhari who will complete his second and final term in 2023 is from the north and it is expected that, at the presidential level, political power would shift to the south in 2023.

The Southern part of Nigeria is comprised of three geopolitical zones, namely South-South, South-East, and South-West.

However, amid the agitations for Yoruba nation and the Indigenous People of Biafra (IPOB) in the South-west and South-east zones respectively, experts have continued to speculate on the possibility of a presidential candidate from the south.

Ahead of the 2023 presidential election, loyalists of Bola Tinubu, a former governor of Lagos State, have thrown their weight behind his candidature, saying, “Mr Tinubu is the only politician who has what it takes to succeed Buhari in 2023.”

The loyalists are politicians under the aegis “The South West Agenda (SWAGA ’23)” whose agenda is driven by the “desire for a common front to push the Yoruba Agenda for leadership of Nigeria.”

It is a known fact that as far as the presidential elections are concerned in Nigeria, Kano State could either be inimical or advantageous.

This could explain why Tinubu’s birthday was marked with a colloquium in Kano state. Experts have averred that the move has a huge political undertone, owing to the fact that the region is courted by political gladiators.

There are also speculations that the current Vice-President, Professor Yemi Osinbajo might succeed Buhari because he’s unlikely to probe the Buhari administration for sure and that forces and elements are waiting to expose and humiliate President Buhari the moment he leaves office.

However, stakeholders have continued to ask pertinent questions and express the fear of a potential implosion regarding Tinubu and Governor Yahaya Bello’s race for the presidency.

Although Tinubu has a good footing in the ruling APC, his contender, Yahaya who is from the North-Central, might pose a threat to his ambition should the northerners decide to support one of their own.

With respect to the South-West presidential bid, it has been averred that Tinubu, considering that he is a political juggernaut, is better off being a political godfather, offering all-round support to the APC presidential candidate.

In the South-West region, APC controls five states, namely Ogun, Ekiti, Ondo, Osun, and Lagos. Both the ruling APC and the opposition PDP have not announced where the 2023 Presidential ticket would be zoned to.

However, there has been a clamour by some stakeholders within the two parties to zone the ticket to the southern region.

While APC sets plans in motion to remain in power beyond 2023, the Peoples Democratic Party (PDP), South-West chapter, prepares to produce the national chairman of the party in a bid to regain power from the ruling APC in 2023.

Leaders of the opposition PDP argued that since the South-West is the only zone out of six that is yet to produce a national chairman in the 23-year history of the party, the chairman must come from the South-West region.

However, if the national chairman of the PDP emerges from the South-West region, it will become impossible for PDP’s presidential candidate to emerge from the same region as the party chairman.

This dilemma will, therefore, leave PDP with the difficult task of producing a candidate for the 2023 general election from the north.

Can the Southeast be united?

The South-East zone has been marginalised, and the demand for power to shift to the zone in 2023 is legitimate. Political leaders of the South-East met in Abia State, earlier this year, to discuss the future of the zone in the forthcoming election.

Some groups in the Southeast—South East for President 2023 (SEFORP 2023) and Igbo Leadership Development Foundation (ILDF)—have sworn to use legal action against any major political party in the country that refuses to zone its 2023 Presidential ticket to the Southeast geopolitical zone.

They have made it clear that any arrangement, be it at political stakeholders or political party levels, which denies the South East of the presidential slot in 2023 will be resisted by every possible legal means.

There has been a heightened agitation for Buhari’s successor to come from the South-East, and many south-eastern political bigwigs are trooping to the ruling APC.

Even though Ebonyi State Governor and the chairman of the South-east governors’ forum, David Umahi has not shown interest in running for president in 2023, his defection from the opposition party, PDP, to APC has intensified speculations that he wants to contest for the election.

A critical look at the sit-at-home order in the South-East region might have a significant impact on the general election.

Recall that IPOB ordered that a sit-at-home be observed across the region every Monday pending the freedom of its leader, Mazi Nnamdi Kanu.

The sit-at-home order is a reflection of the unrest and disunity in the region. While some Nigerians have expressed that the IPOB agitations might fizzle out if the next president emerges from the South-East, others are wary of violence against the general election. This is hinged on the fact that IPOB is seriously advocating for secession.

Some members of the APC have avowed their support for former President Goodluck Jonathan if he joins the ruling All Progressives Congress ahead of the 2023 presidential race.

There have been rumours making the rounds that the former president, who is from the South-South, intends to defect to APC from PDP.

APC’s interim national secretary, John Akpanudoedehe, had revealed that Jonathan would receive a founding member status if he joins the party and jostles for the 2023 presidential ticket of the ruling party.

Until the three geopolitical zones reach a united front, the race for the 2023 presidential ticket seems like a wild chase. All things considered, a competent candidate from the South-East zone should be given a chance to lead the nation, Nigeria.