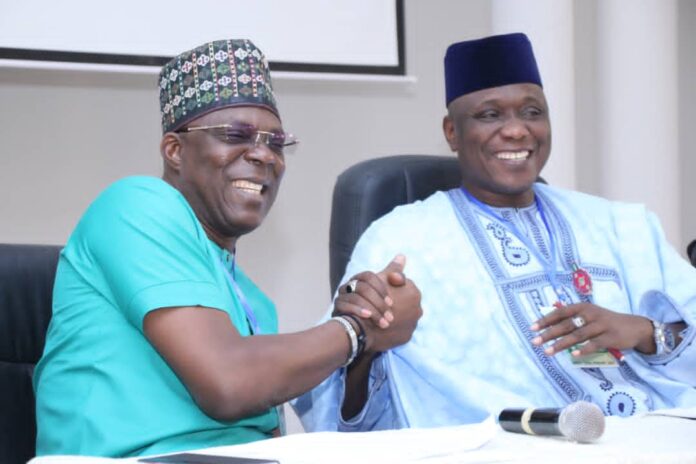 Lawmakers from the North East Zone, under the platform of the ruling All Progressives Congress, have endorsed the 2023 presidential aspiration of Governor Yahaya Bello of Kogi State.

Their endorsement is coming after their colleagues in all the North Central states endorsed Governor Bello for President, during their one-day extraordinary meeting in Abuja last week.

In a communique issued on Thursday, after the extraordinary meeting of the forum of APC State Legislators of the North East Zone, held at Hazibal Suite, Yelwa Road, Bauchi, the State Assembly legislators declared their total support for Bello’s presidency.

They also called on the leadership of the APC to zone the presidency to the Northern region of the country for fairness and equity.

The communique issued at the end of the meeting read, “That the State Assembly Legislators of the North East, who were elected by the people of the six (6) states that make up the Geo-political Zone hereby state that we agree to support our colleagues in the North Central to contest for the position of the president of Nigeria in 2023 – which is a position that the zone had hitherto been deprived of since Nigeria became independent in 1960.

“That the State Assembly Legislators of the North East Zone PASS a vote of confidence in the President of Nigeria, President Muhammadu Buhari (GFCR), for his sterling and cohesive leadership of Nigeria through thick and thin and urge him to be relentless in ensuring that he leaves Nigeria in 2023 a better place.

“That the State Assembly Legislators of the North East Zone pass a vote of confidence in the Governor Mai Mala Buni Caretaker/Extraordinary Convention Planning Committee for its positively aggressive repositioning of our great party, the All Progressives Congress, and thank the Committee for its purposeful leadership, which has attracted Men and Women of goodwill into the party. The members further urge the Committee to do more.

“That the State Assembly Legislators of the North East Zone endorse and state their unalloyed and unshaken support for the aspiration of the young and ebullient Governor of Kogi State – Governor Yahaya Adoza Bello, who has against all odds decided to take the bull by the horn, by aspiring to the office of the President of Nigeria come 2023.

“The members thank him for leading the clarion call for the Presidency of Nigeria to come to the North Central Zone and urge him to have no fear or doubt in his race for the exalted office as members of the North East Zone are solidly behind him.”

“The meeting also agreed to call on the leadership of our great party, APC, to zone the presidency to the Northern Region of the country. This is because, the North will rule for 10 years at the end of President Buhari’s tenure, while the Southern region has ruled for 14 years,” the legislators said.