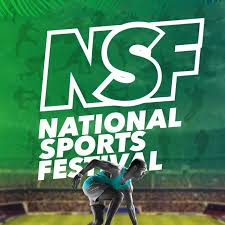 Teams from 14 states will be competing for the basketball medals at the 20th National Sports Festival (NSF) when the event gets underway Tuesday at the Emotan College in Benin.

Seven teams each will be in the draws for the men and women categories, according to Afolabi Oni, the Media Coordinator of Nigeria Basketball Federation (NBBF).

Oni, in a statement on Monday in Lagos, said the competition’s male category will have hosts Edo as well as Rivers (South-South), Yobe (North-East) and Kano (North-West).

The others are Kwara (North-Central), Lagos (South-West) and Imo (South-East).

Reports said that the Federal Capital Territory (FCT) team won the last edition of the festival after beating Gombe State in the final.

The competition’s fixtures will be drawn during the Technical/Pre-Match meeting scheduled for Tuesday.

The NBBF spokesperson also disclosed that, in a capacity-building drive, the federation would also be organising a clinic and training for the competition’s Referees and Table/Technical officials.

The training will be conducted by Kingsley Ojeaburu, Opeyemi Ogunleye and other FIBA referees present at the Samuel Ogbemudia Stadium’s Tennis Boardroom on Tuesday.