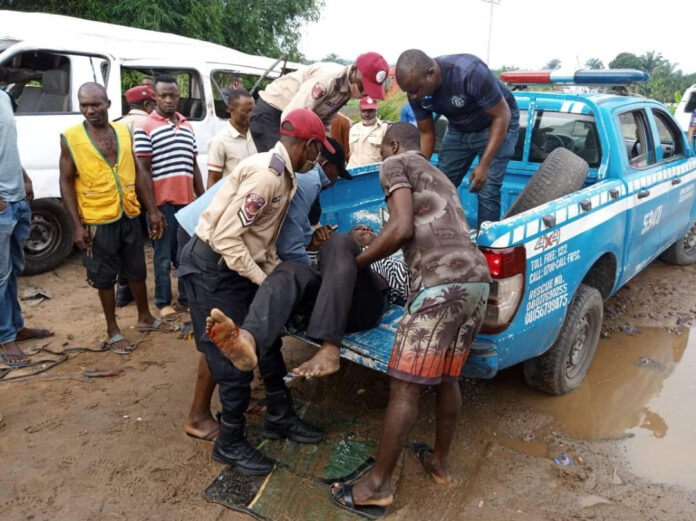 The Eid-del-Kabir celebration turned sour for families of 13 passengers who reportedly died while 12 others were injured in an auto accident that occurred along the Lagos-Ibadan Expressway on Wednesday.

According to traffic reports, the tragic incident which involved a commercial bus travelling out of Lagos and a stationary truck occurred at 4pm opposite a company called Wichtech which produces roofing sheets and pipes.

The Public Relations Officer, Ogun State Traffic Compliance and Enforcement Corps, Mr Babatunde Akinbiyi, said the driver of the Mazda commercial bus with number plate APP 28 YE had wrongly overtook a vehicle, lost control and in the process rammed into a stationary unregistered Volvo truck which had developed mechanical fault parked by the road side.

He said the truck was loaded with waste.

The TRACE spokesman said nine passengers died on the spot while four others died later at Idera Hospital at Sagamu where they were rushed to after the incident.

He added that the 12 injured passengers are still receiving treatment in the same hospital while the corpses of the victims had been deposited in the morgue.

Giving further breakdown of the accident, Akinbiyi said the vehicle conveyed 25 passengers, consisting of nine males, eight females and eight minors, instead of the normal 18 passengers.

While it commiserated with families of the deceased, the TRACE corps warned that drivers or motorists should not turn the road or road side to a mechanic workshop for repairing of broken down vehicles, because of its dire consequences.