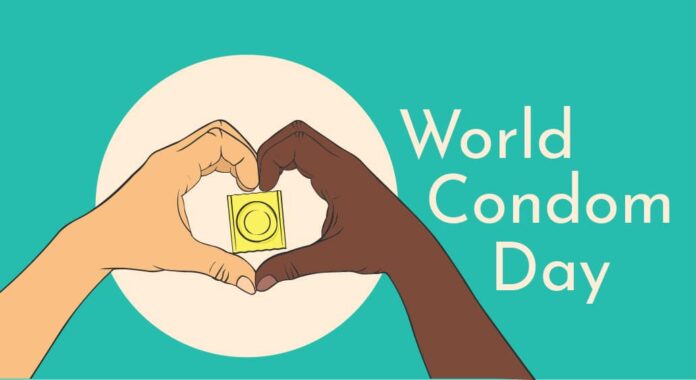 As some countries around the world mark International Condom Day (ICD) to raise awareness and promote the use of condom, some Abuja residents say its use should be a private and confidential matter.

Condom is a thin rubber sheath used as a contraceptive or as protection against infection.

The residents told the News Agency of Nigeria (NAN) in separate interviews on Saturday in Abuja that condom distribution was morally wrong and could send a wrong message to the recipients.

ICD is annually celebrated on Feb. 13 to remind the world about condom use as preventive element against Sexually Transmitted Diseases (STDs), HIV and unwanted pregnancies.

The celebration has “Safer is SEXY” as theme for 2021.

So, as officials, groups and NGOs call for free distribution of condoms to especially young people, some FCT residents said it was morally wrong, insisting that abstinence was the only way to stay safe from STDs, HIV and unintended pregnancies.

Mrs Esther Okadigwe, a businesman residing in Abuja, told NAN that condom distribution was capable of negatively influencing the youths.

She advised youths to abstain from sexual activities until the age of marriage.

She added that “as the lover’s day approaches — the valentine on Feb. 14 — you see a lot of youths giving their body to sexual exploitation in the name of love.

“It is wrong to do that in the name of love. If your partner loves you, he should not ask for your body before marriage, so, condom is unnecessary when we understand this.”

Another FCT resident, Mrs Sylvia Oguamanam, a trader, said condom was being misused by adolescents for promiscuity.

Oguamanam, who affirmed the importance of condom in prevention of STDs and unplanned pregnancies, however, decried the manner youths use it to promote promiscuity.

According to her, it should either be regulated strictly for married couples or be kept out of circulation because of the motive of some youths, especially during the valentine.

Mr Nurudeen Sambo, a driver in FCT, also said that “condom has desecrated the human spirituality in many ways, including exposing the younger people to early sex.”

Sambo, who vehemently opposed the use of condom, said it was antithetical to the divine law of procreation.

Meanwhile, Dr Usman Ali, a medical doctor at a private hospital in the territory, said “condom can be successfully used to check STDs, HIV and unintended pregnancies if used correctly.”

He explained that “just like its definition, condom is a barrier contraceptive made from latex rubber, a synthetic rubber called polyisoprene, or a very thin plastic called polyurethane.

“It is used as a method of birth control for married couples and not for immoral acts. It can also be used to check the transmission of STDs and HIV and to keep safe.”