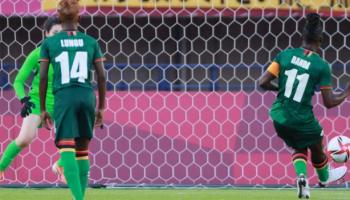 The quarter-finals line-up in the women’s football event at the ongoing 2020 Olympic Games in Tokyo was set on Tuesday after the final matches of the group stage were played.

Reports state that in one of the first two games of the day, four-time Olympic gold medallists U.S drew 0-0 with Australia.

Both have qualified to the knockout rounds.

Australia will now meet Great Britain, who drew 1-1 with Canada who will now face Brazil, who was 1-0 winners over Zambia.

The Netherlands, who put eight past China in an 8-2 win for an incredible 21 goals in three matches, will face the U.S.

*Winners of Netherlands vs U.S will meet winners of Canada vs Brazil in semi-final.