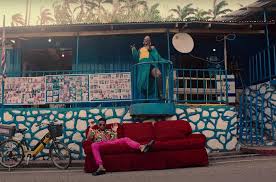 “Essence”, the 11th song off Wizkid’s fourth studio album, Made in Lagos, is arguably one of the biggest international hits from Nigeria in recent times.

Released in 2020, the song has won awards, received, and still topping charts two years down the line.

In the newly released Billboard year-end music recaps, Essence was named the number one song on the U.S. Afrobeats Songs category for 2022.

The song was nominated for Best Global Music performance at the Grammy Awards in 2022. Most recently, the track won the Favourite R&B song in the 50th edition of the American Music Awards.

The song, which featured Tems, became popular in the American music scene after several celebrities, including rap legend, Snoop Dogg and reality TV star, Kylie Jenner, posted videos of themselves vibing to the track in early 2021.

In August of the same year, Canadian superstar, Justin Bieber was featured on the song’s remix which became an instant favourite with listeners.

Following the creation of Billboard’s U.S. Afrobeats chart category in March 2021, Essence held the top spot on the chart in July.