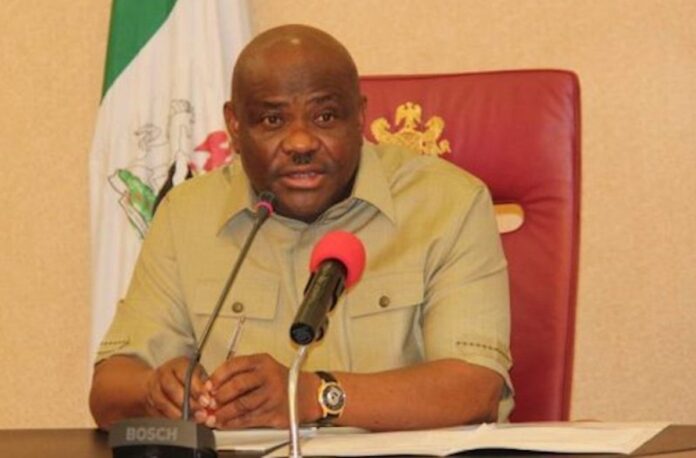 Governor of Rivers State,  Nyesom Wike has lauded the National Assembly on its decision to allow the Independent National Electoral Commission(INEC) to determine the use of electronic voting and transfer of results, come 2023 general polls in Nigeria.

The governor said the resolution of the National Assembly Joint Committee to allow the electoral umpire transmit election results electronically is a good development for Nigeria and democracy.

Wike stated this in Port Harcourt in reaction to the decision of the Senate to rescind its earlier stance against transmission of result electronically.

The Rivers state governor, who has been a proponent of transparent electoral system, observed that many nations have moved beyond manual result declaration and Nigeria cannot afford in the 21st century to be left behind.

“I think it is a good development for Nigeria and democracy. And I will urge them — the two Chambers, the House of Representatives and the Senate — to abide by that recommendation by the joint committee of the two Chambers, because it is for their own interest.

On the amendment of the Electoral Act, Governor Wike said that the issue of direct or indirect primaries should be the exclusive decision of the political parties in the country.

He maintained that it will be unfair for the National Assembly to prescribe for political parties how to conduct their primaries.

“A party could adopt a method, procedure in electing who represent them at various level, that is not  for the National Assembly to dictate that you must do it by direct or indirect method. That is not democracy. That should be an internal affair of the party,” Wike said.

He insisted that National Assembly prescribing how political parties conduct their primaries is tantamount  to interference in the internal politics of the parties.

“The National Assembly should realise that doing that is interfering in the internal politics of the parties and that will not augur well.”

The governor also faulted the bill sponsored by the Deputy Senate President seeking for the establishment of two Nigerian Law School campuses in each of the six geopolitical zones.

He stressed that the proposal is not in tandem with current reality, as the existing Nigerian Law School campuses are  grossly underfunded.

“The National Assembly has not been able to give them the money to fund the Law School and you are saying they should establish two Law Schools in each zone,” the governor said.