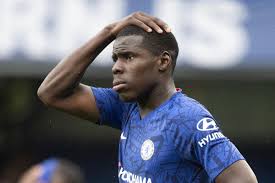 West Ham manager David Moyes said Kurt Zouma missed Sunday’s 2-2 draw with Leicester due to sickness after he was withdrawn from the starting line-up minutes before kick-off.

Despite recent outrage over a video showing Zouma severely assaulting his pet, the French defender was initially picked to Moyes’ lineup.

Moyes has come under fire for not dropping the 27-year-old.

However, he acknowledged that Zouma’s absence was due to illness rather than a late decision by the club or a player to start him.

“Kurt was not well last night, was sick during the night, and did not eat with us today and stayed out of the meeting,” said Moyes.

“We did that just in case it was a Covid symptom but it has been sickness. He just could not make it and he was really desperate to play.”

The centre-back started in a 1-0 win against Watford on Tuesday, just hours after the video was released, and was booed by both sets of supporters.

Because of the footage showing him punching and kicking his cat and tossing a sneaker at it while laughing in the background, Zouma has lost his sponsorship relationship with sportswear giant Adidas.

West Ham have also lost sponsors, with Vitality, a financial services firm, and Experience Kissimmee, the city’s tourism authority, both pulling out.

The RSPCA and Essex police are collaborating to investigate the incident, with the animal charity seizing Zouma’s pet to ensure its safety.

“I don’t think the club could take more action or any quicker. West Ham has fined him the maximum wages. We all accept the actions are terrible and diabolical,” Moyes said on Friday.

National League club Dagenham and Redbridge have suspended Zouma’s brother Yoan, who is understood to have filmed the video.

West Ham, who sit fourth in the Premier League, are aiming to qualify for the Champions League for the first time in the club’s history by finishing in the top four of the English top-flight.