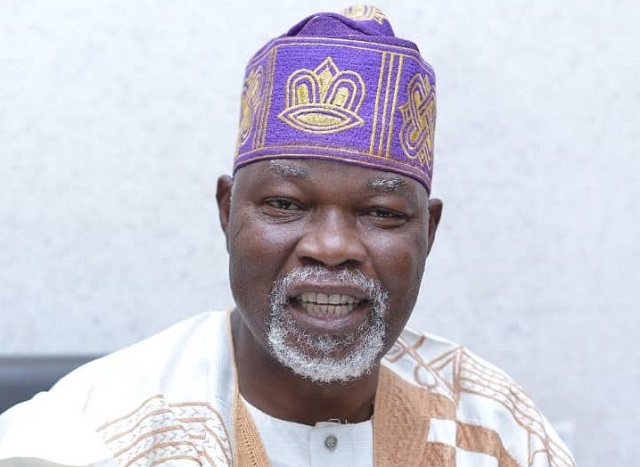 A former Deputy Governor of Ekiti State, Dr Sikiru Tae Lawal has affirmed that the state has all it takes to live in abundance and rank among the best in the country.

According to Dr Lawal, all that is needed to put the state on the right footing is a proactive and prudent leader with vision, hence the need for his intention to join the governorship race.

Speaking with Nigerian NewsDirect in Ado-Ekiti, Dr. Lawal explained that leadership requires “more than just putting on public shows and propagating theories but rigorous commitment and practical application of ideas with energy, carrying the people along.”

His words: “I am not a novice in governance, I have served in many capacities. I was a Civil Servant and also a Local Government Administrator. After my voluntary retirement from the Civil Service I became the Deputy Governor and also served as Director representing Ekiti State in Odu-a Investment Company Ltd. Ekiti State is endowed and has more than enough resources to thrive on. The tourism sector alone can create enormous jobs for our teeming youths.

“During my tenure as Deputy Governor, salaries were paid as and when due. Gratuities and Pensions were also promptly paid. These encouraged many workers to retire voluntarily from the public and civil service. Jobs were also created through public private partnership.

“We invested in infrastructure and the results were evident despite the fact that the resources then were smaller than what we have as at now.

“I have come to offer myself for service because I can no longer stand the pain and suffering of my people, many go to bed hungry, no security, no job, no empowerment.

“The environment is not safe for business, killer herdsmen have taken over our farmlands, to the extent that farmers no longer go to the farm freely for fear of being kidnapped, killed or maimed.”

Dr. Lawal appealed to those at the helms of affairs to prioritize the welfare of citizens, because saying people were going through difficult situations in the state and the country in general.

He equally lamented the hike in prices of goods, especially food stuff, urging the State and Federal Governments to find lasting solution to this problem.

Dr. Lawal, enjoined PDP leaders and members across the sixteen local governments of Ekiti State to remain as an indivisible entity, as the 2022 governorship poll gathers momentum, noting that the party could only triumph when there is unity.

He assured the people of Ekiti State of better days ahead urging them to remain resolute and keep hope alive.