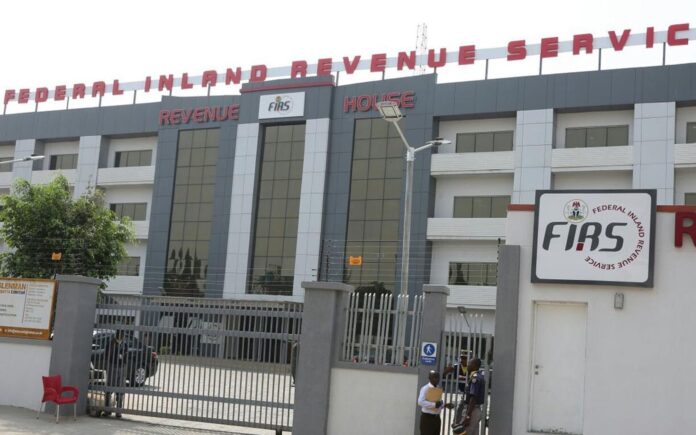 In the wake of measures by State Governments in the Country to secure legal frameworks for the collection of Value Added Tax (VAT), reports have shown that the Federal Inland Revenue Service (FIRS), in its move to foreclose the possibility has written the National Assembly seeking the inclusion of VAT collection in the exclusive legislative list.

The Agency in addition is also requesting the federal parliament to approve the establishment of the “Federal Revenue Court of Nigeria,” to strengthen its jurisdiction.

Reactions had begun to greet the collection of VAT, a consumption tax on goods and services, following a August 10, 2021 Federal High Court Judgement in Port Harcourt, which in favour of Rivers State, restrained the FIRS from collecting VAT and personal income tax in the State.

While moves by FIRS to appeal the ruling persist, an application for a stay of execution sought to prevent the State government from enforcing the verdict was not granted.

On Monday, the prayer of the Agency was rejected by the presiding judge, Justice Stephem Pam, who premised his ruling on the ground that granting the prayer would negate the principle of equity.

A letter containing the request which was made public on Wednesday signed by the Executive Chairman of the FIRS, Muhammad Nami, and dated July 1, 2021, was addressed to the Chairman of the Constitution Review who is also the Deputy Speaker of the House of Representatives, Idris Wase.

The letter with references number FIRS/EC/CWREP/0416/21/037 which was received in Wase’s office on July 2, was titled, ‘Request for sponsorship of a bill for the establishment of the proposed Federal Revenue Court of Nigeria and the insertion of Value Added Tax under item 58 of the exclusive legislative list.’

Also, the Agency proposed the insertion of VAT immediately after Stamp Duties under item 58 part II of 2nd schedule of the 1999 Constitution of the FRN.

The FIRS in the letter, noted that Item 59 of the Exclusive Legislative List Part 1, 2nd Schedule to the Constitution of the FRN 1999 as amended vests the powers to make laws on anything related to tax matters in Nigeria, on the National Assembly.

The letter read partly, “The Federal Inland Revenue Service appreciates the maximum cooperation and support we are receiving from your good office on tax matters generally.

“This has boosted our morale and determination to do more for the government in tax revenue generation.

“The FIRS therefore wishes to further request that the House of Representatives consider the request for the establishment of the Federal Revenue Court.”

“The FIRS hereby proposes for the insertion of Section 254(G) to 254 (L) in the 1999 Constitution of the FRN to provide for the establishment of Federal Revenue Court, the appointment of Chief Judge, power to make rules for the proceedings, the appointment of judges of FRC and the exclusive jurisdiction of FRC on federal tax matters.”

The State Governor, Nyesom Wike, had since commenced engagement with stakeholders, particularly within the oil value chain in a bid to kick off the processes.

As other State appears to follow suit, a bill in the Lagos State House of Assembly to empower the State to collect VAT had scaled second reading in the Assembly.