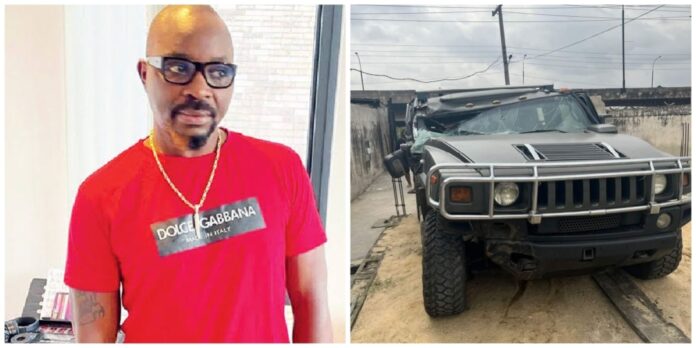 Fayose was attacked along Gbongan-Ibadan express way in Osun State by yet to be identified gunmen.

Confirming the incident to our Correspondent via a phone call, Fayose said that the incident occurred on Sunday at 4:00 p.m. before Olajokun park, Gbongan, Ayedaade Local Government Area of Osun. Fayose explained that the attack occurred while he was returning from Lagos.

According to the former Ekiti State Governor’s brother, the attackers suspected to be kidnappers succeeded in whisking away some victims alleged to have been on transit when the incident happened.

He said the suspected kidnappers were shooting sporadically but was able to manoeuvre his way.

The incident occurred on Sunday, at exactly 4:00 p.m. few kilometers away from Gbongan Bridge.

“We saw the gunmen and they started shooting sporadically and everybody was trying to manoeuvre his way.

“And we were all scampering for safety, in the process my driver was a little bit injured, but thanks God we are still alive.”

While contacting,  the Police Public Relations Officer, Yemisi Opalola, said no report was made in the state regarding the alleged attack.

She said, “We shall work on the matter to know what really happened and know what to do about it.

“Meanwhile, the police in Osun under the leadership of CP Olawale Olokode, would not relent in their efforts to ensure that the citizens of Osun are safe and their property secured.”