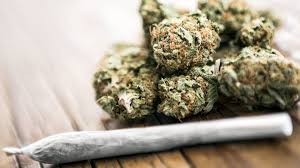 A Federal High Court in Ibadan on Thursday sentenced an unemployed man, Ibrahim Abubakar to two years imprisonment for trafficking 8.5 kg of cannabis.

Delivering judgment, Justice Uche Agomoh, held that she convicted and sentenced Abubakar based on the evidence before her.

Agomoh noted that she took cognizance of the convict’s plea for mercy in her judgment and vowed to apply maximum punishment on Abubakar if caught again after serving his jail term.

“To serve as a warning to the convict and others interested in drug trafficking, Abubakar is sentenced to two years in prison.

“The weed substance found in his possession shall be destroyed by the National Drug Enforcement Agency (NDLEA),” the judge held.

The NDLEA Counsel, Oyo State Command, Ms R.O. Ige, had earlier told the court that the convict was arraigned on count of unlawful dealing in narcotics.

Ige added that Abubakar was arrested by the agency’s operatives on Dec. 6, 2020, in Ibadan, Oyo State.

According to the prosecutor, a black sack containing 8.5 kg of cannabis was found in possession of the convict.

She said that the offence contravened the provisions of Section 11(C) of the NDLEA Act Cap n30 Laws of the Federation 2004.