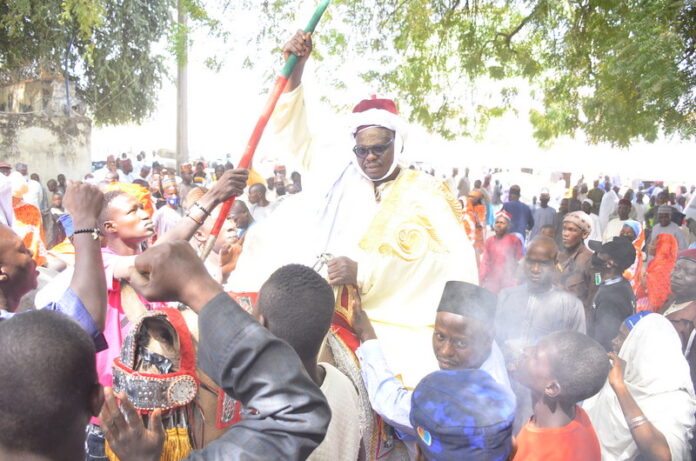 Dr. Mustapha Bintube on the occasion of his turbaning as the new Shettima Nazaruma of Borno by His Eminence; the  Shehu of Borno, Alhaji Dr. Abubakar Ibn  Umar Garbai Al-Amin El-kanemi.

Your Eminence, the Shehu of Borno, Alhaji Dr. Abubakar Ibn Umar Garbai Al-Amin El-kanemi (CFR) Sir, there is so much to say about the new Shettima Nazaruma of Borno. However, permit me to give a brief citation on this young intellectual and hard working son of the soil.

Dr. Bintube  attended  University of Maiduguri  for his Diploma Certificate in SocialWorks and completed in 1995. 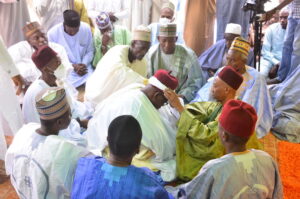 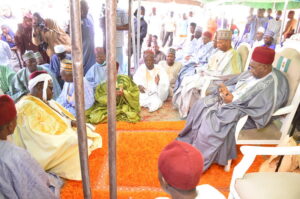 Your eminence may wish to recall that, Dr. Bintube was at  one time a private tutor to the kids of HisEminence and had numerous interface while with the kids in the kingdom as a  private lesson teacher. Dr. Bintube, the Shettima Nazaruma, was  a class mate to  the present Yakurjuloma of Borno during their University days.

After his Diploma, Dr. Bintube later secured admission in the same University for his B.Sc. in Sociology and Anthropology and emerged as the best student.

In 2006, Dr. Bintube got admission at University of Abuja for his Master’s degree in Criminology and completed in the year  2014, again as the best student in his class with 75.18 aggregate, having exceeded the required points, he was absorbed for an automatic PhD to complete in two sessions at the same University of Abuja.

The new Shettima Nazaruma of Borno has also attended a number of professional courses in the United Kingdom as a research fellow and he was a recipient of  many merit awards during his University days which includes, the  Best Student of the Year 2000  as well as Most Concern Student in Academics.

Your Royal Highness, Sir, it may interest you to know that the new Shettima Nazaruma of Borno is an internationally recognized scholar of repute and has more than 15 international publications which can be found in higher libraries in  England, Oxford, Cambridge,  USA and India amongst other renown libraries.

The Shettima Nazaruma of Borno is also  a Research Fellow with European Centre for Research Training and Development in the United Kingdom  with vast publications that can be found by Googling his name online.

Similarly, the newly turbaned Shettima Nazaruma  has  contributed immensely to national discourse on peace and security situation, and is particularly disturbed by the insecurity. As part of his intellectual contribution to rescue the situation, he has postulated a globally recognized theory which requires rational thinking and reasoning which means [Nazaruma in Kanuri language] as part of his contribution  to overcome insurgency and terrorism  in the North-East and that has since  been presented to his Imperial  Majesty, His Eminence in the year 2016. 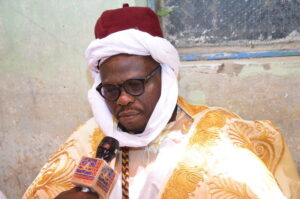 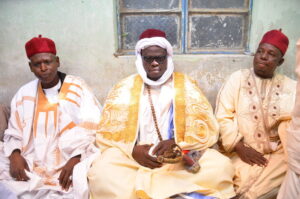 Your Royal Highness Sir, the newly turbaned Shettima Nazaruma of Borno  also propounded a theory called the ‘Social PEN Theory’ and that his contribution alone  is outstanding because it has not been done by any scholar in the whole world, but  a son of Borno Kingdom was able to  achieve such academic latitude as  break through for the first time in the history of the intellectual world.

Dr. Mustapha Bintube, has worked with the BRTV and rose as head of presentation before proceeding to National Assembly, Abuja. Shettima Nazaruma has been a consultant to Presidential Committee on Insurgency in 2016 and a chief security analyst of the defunct Presidential Committee on North-East Initiative, now North-East Development Commission, NEDC.

He is happily married and blessed with two children [Muhammad and Fatima aka Yamuneram]. 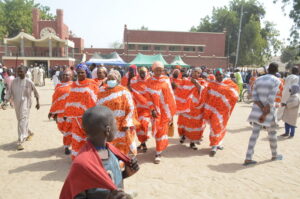 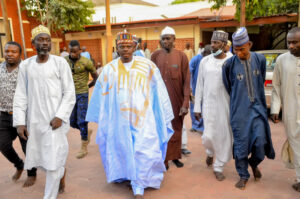 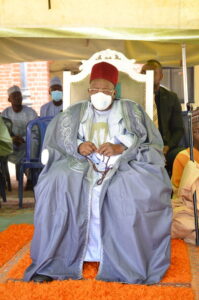