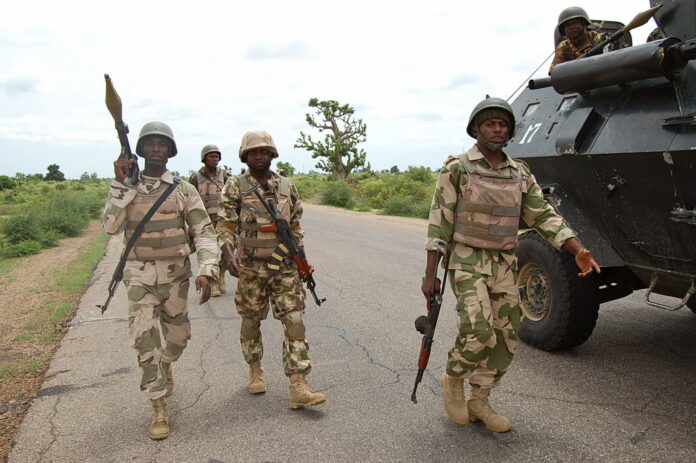 The Commissioner for Internal Security and Home Affairs, Mr Samuel Aruwan confirmed this in a statement issued on Sunday in Kaduna.

Aruwan said: “Four bandits have been killed and several others injured in an ambush operation conducted by troops around Gwagwada, Chikun local government area.

“According to operational feedback from troops of Operation Thunder Strike (OPTS), intelligence was received on bandits movement from Katika village towards Antenna in Chikun LGA and  in  response to this, the troops laid  an opportunity ambush at Antenna village.

“The bandits approached the location and eventually sprang the ambush. The troops opened fire as they entered the killing range.

“After the engagement, four of the bandits were confirmed dead, while several others escaped with gunshot wounds.

“Three rifles and one axe were recovered from the scene,” he added.

The commissioner said Gov. Nasir El-Rufai commended the troops for swift action which led to the successful exercise and the elimination of the four bandits.

“Residents in the area are urged to report individuals seeking treatment for suspicious injuries by calling the Kaduna State Security Operations Room on 09034000060 or 08170189999,” Aruwan said.